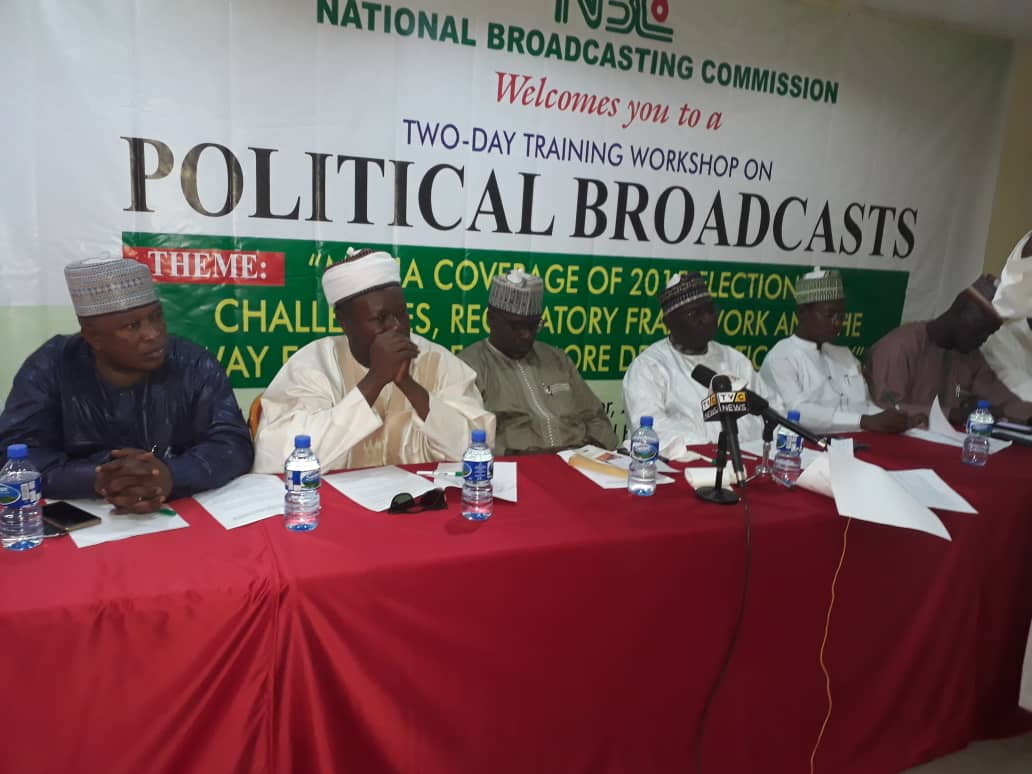 The Director General of the National Broadcasting Commission, Moddibo Kawu has stated that the body will wield the big stick on erring broadcast organisations during the 2019 elections.

This was at a 2-day workshop organised by NBC in sokoto to sensitise key players to help the country remain united after the 2019 elections.

The DG NBC advised broadcasters on the need to churn out content during the polls. He said election is a perception issue and the media moulds perception.