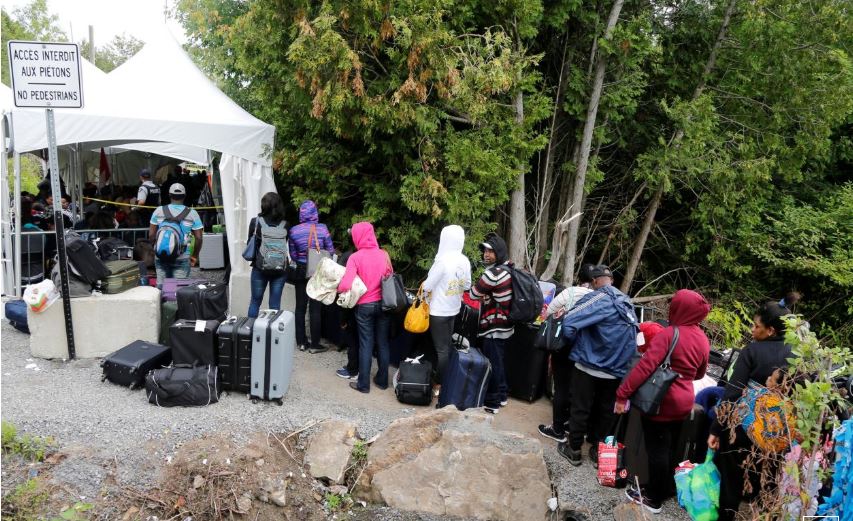 Canada’s largest city said on Wednesday it is activating an emergency contingency plan to shelter refugee claimants as it prepares for an influx of migrants this summer, a rare move that underscores the strain caused by the inflow of asylum seekers.

Toronto will house 800 asylum seekers in college dorms over the summer, the city said in a statement. But after August, it will need a new contingency plan and may house people in community centers instead, the statement added.

More than 27,000 asylum seekers have illegally crossed the Canada-U.S. border since U.S. President Donald Trump came to office last year.
The influx has strained Canada’s backlogged system for assisting people seeking refugee status, leaving aid agencies scrambling to meet growing demand for housing and social services.
Wednesday’s announcement came as a surprise to refugee agencies, said Francisco Rico, co-director of Toronto’s FCJ Refugee Centre. He and his colleagues have been working with the city for months to develop a longer-term solution.

“It’s a bandage. Of course a bandage doesn’t help in the long term, particularly if people continue coming in (at) this level.”

Refugees cross illegally because if they cross legally at formal border crossings, Canada will turn them back under a bilateral agreement with the United States. Canada has sought to expand this agreement to allow it to turn back thousands more asylum seekers.

The vast majority have gone to the primarily French-speaking province of Quebec, but Quebec’s government has said its social services are strained and it cannot handle many more newcomers.

That has prompted plans to divert willing asylum seekers to Ontario — plans a spokesman for Canada’s immigration and refugee minister said on Wednesday are still in the works.

But Toronto, Ontario’s capital and Canada’s largest city, has seen strains of its own, and the city is bracing for more coming from Quebec over the coming months.

Refugee claimants now make up 40 percent of the people sleeping in shelter beds, up from 25 percent in May, 2017, and they are estimated to make up the majority of shelter occupants by November, the city said.

The Red Cross, which will run the new shelters, got the call from the city last week but had been prepared to open asylum seeker shelter spaces for a while, said Stephanie Etkin, the Red Cross’s regional operations manager for the Toronto area.