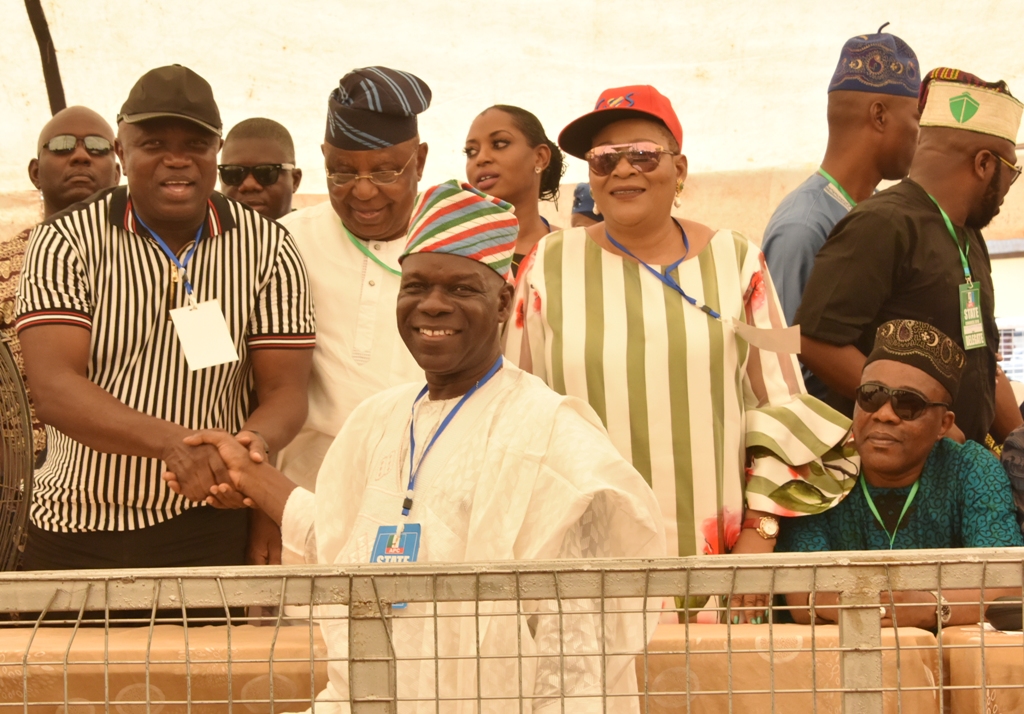 The new chairman of the All Progressives Congress in Lagos state, Tunde Balogun, has pledged to reconcile all aggrieved members of the party in the state.

Speaking at the swearing-in of the new executive body at the party secretariat in Ikeja, Balogun said his priority is to unite the party for success at next year’s election.

TVCNEWS’ Senior Political Correspondent, Ayodele Ozugbakun reports that after 12 years in the saddle as the chairman of the defunct Action Congress of Nigeria now the All Progressives Congress in Lagos state, Henry Oladele Ajomale handed over to his successor, Tunde Balogun, a former commissioner of home affairs in the state.

The swearing-in ceremony of a 38-man newly elected state executive body is coming after last Saturday’s congress which saw the election of the new officials, and the swearing in coming earlier than the June date specified for their tenure to elapse.

The new chairman said the task of winning the 2019 general elections is paramount for his team and said that he intends to make room for resolving issues affecting aggrieved members of the party.

Since 1999, the party has dominated the political landscape in Lagos. The 2019 general election will come as a litmus test for Balogun’s team as it is expected to lead the party to another round of victory at the polls.