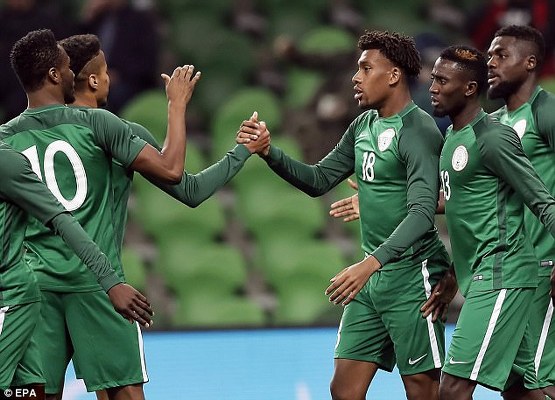 Super Eagles captain, Mikel Obi has expressed optimism the team can make history in Russia in June when the FIFA World Cup gets underway.

The Tianjin TEDA of China midfielder said the team will surprise the world by going farther than any Nigerian team has done in the competition.

Mikel says he thinks nigeria is in a group where something special can happen, but this will largely depend on the preparations and how much they want it as a team.

The Super Eagles captain says he believes the team can beat Argentina, Croatia and Iceland.

Nigeria’s best placing in their previous four appearances at the competition was the second round in 1994,1998 and 2014 and Mikel is confident the team will surpass that record.