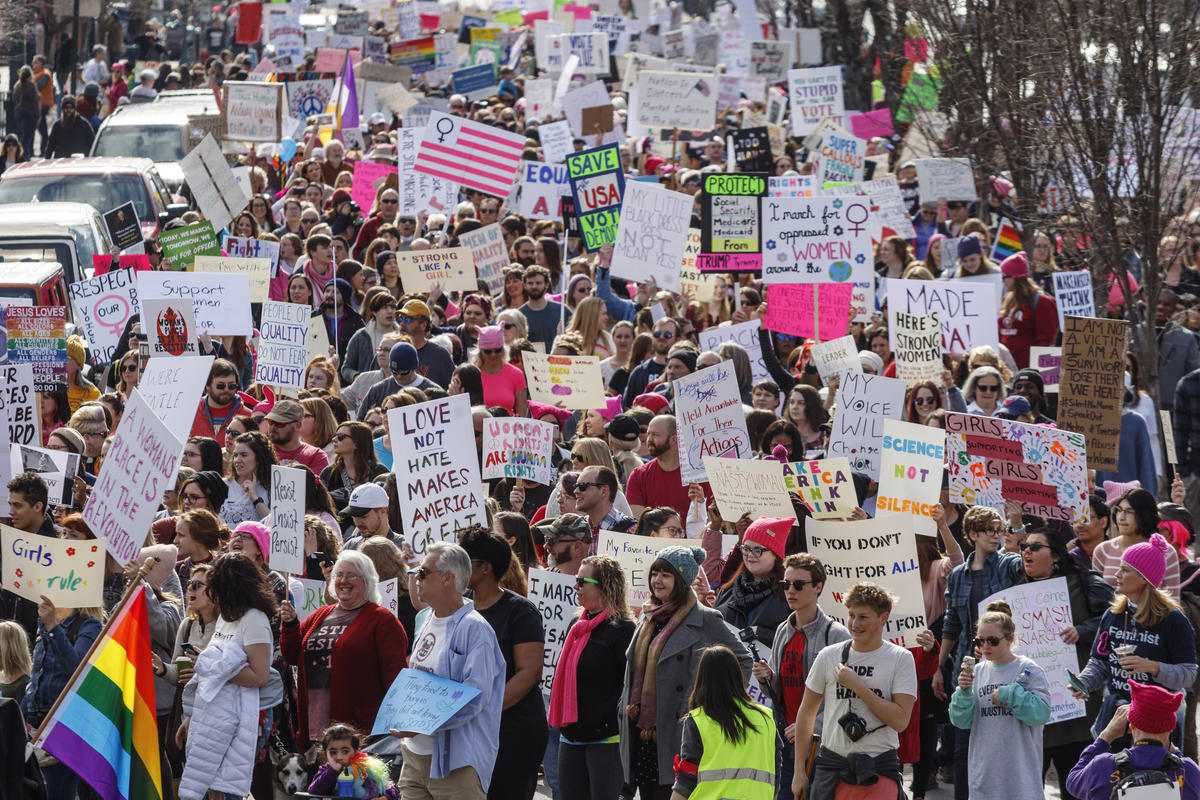 As U.S. President Donald Trump begins his second year in office, tens of thousands of women have staged nationwide protests.

The coordinated rallies in New York, Washington, Los Angeles, Chicago and about 250 other cities were held on the anniversary of Trump’s inauguration.

Many of protesters encouraged more women to participate in politics.

The rallies also featured speaker after speaker blasting Trump for policies many say hurt women, urging voters to turn out for congressional elections in November.

This year’s Women’s March entitled “Power to the Polls” is the second of its kind and its main event will take place in Las Vegas.