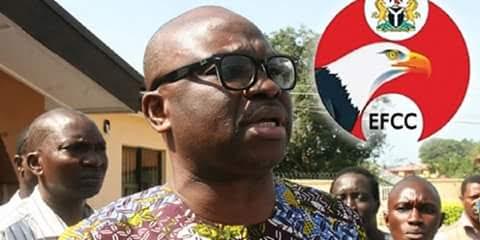 The Federal High Court sitting in Ado Ekiti has ruled that EFCC lacks power to investigate finances of any state. The

court ruled that the FG is not an overseer or supervisor regarding finances of a state in a federalism. Only the State House of Assembly can investigate finances of a State.

The court then restrained the EFCC from interfering in the running of Ekiti State by either investigating or arresting any official of the state government.
The anti-corruption agency began its dig into Ekiti finances in 2015 when Gov. Ayo  Fayose was mentioned among those complicit the $2 billion arms fund mismanaged by former NSA Sambo Dasuki in the run up to the 2015 general elections.