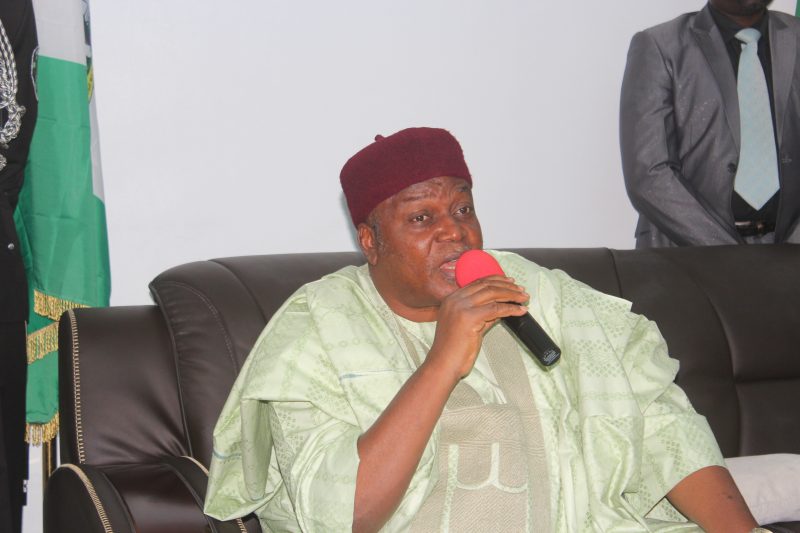 Taraba State government has flagged off free medical screening and treatment of Hepatitis across the 16 local government areas of the state.
Governor Dairus Ishaku, while flagging off “Taraba state Hepatitis Treatment Access Programme” at the State Specialist Hospital, Jalingo, said the prevalence rate of the disease in the state prompted him to go into a
partnership deal with Roche Production Limited to end the avoidable deaths.

Correspondent Owolabi Adenusi reports that residents of Taraba state were afforded the opportunity to know their
Hepatitis status through the Hepatitis Treatment Access Programme the state executed in partnership with Roche Products Limited.

The governor who flagged off the exercise noted that treatment of viral hepatitis is very expensive and often not available, making many unscrupulous individuals to take advantage of the situation to exploit citizens.

He reasoned that this prompted the approval of the partnership with Roche products, a major pharmaceutical company, in order to safe lives.

In his remarks, the state commissioner for health, Dr. Innocent Vakkai explained that Roche has provided drugs at a subsidised cost to government.

He added that the agreement with the state government will last five years.

The representative of World Health Organisation and Roche Products LMT commended the government for the initiative.  They said hepatitis would soon be history in Taraba, urging other States to emulate Gov Ishaku.

Highlight of the occasion was the inauguration of the use of a new medical Compound and 114 machines for the hospital.

Spread of the killer infection – hepatitis has for a long time been a major concern to stakeholders in health sector in Taraba state but with Gov Ishaku’s initiative there is hope that the spread of the disease will be contained its spread.