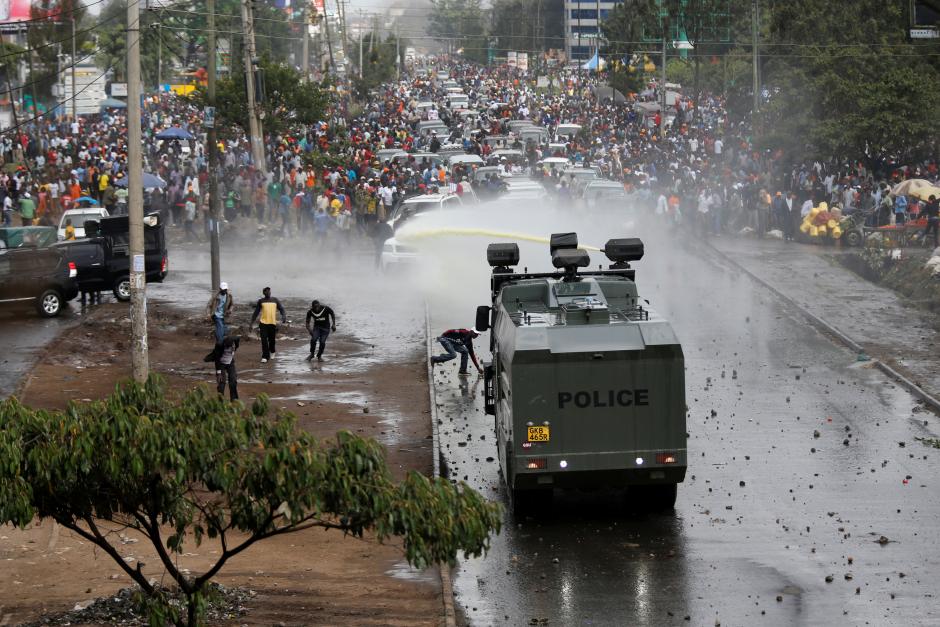 Two people have been killed as Kenyan police tried to disperse supporters cheering a convoy carrying opposition leader Raila Odinga from the airport to central Nairobi on Friday.

The deaths occurred as police and protesters fought with rocks, water cannons and tear gas on one of the main roads leading to the business district.

Police spokesmen did not immediately respond to phone calls.

Odinga, who returned from a trip to the United States, has called for a “National Resistance Movement” to protest against the outcome of a repeat presidential election last month, which saw President Uhuru Kenyatta win a second, five-year term.