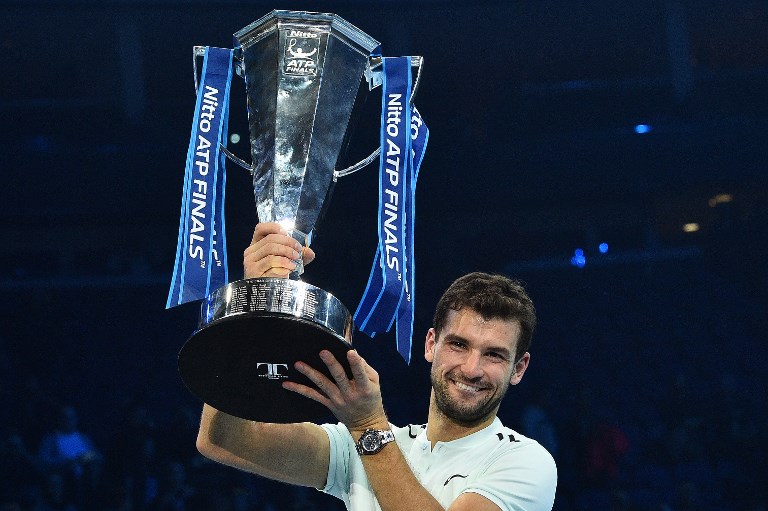 Bulgaria’s Grigor Dimitrov became the first man for 19 years to win the ATP Finals on his debut appearance with victory over Belgian David Goffin.

The Bulgarian collected 1.9 million pounds in prize money for coming through the tournament unbeaten in 5 matches across the group stage, semi-finals and final.

He will end the year ranked 3rd in the world, with Goffin up to 7th.

Injuries ruled Andy Murray and Novak Djokovic out of the event, while world number one Rafael Nadal was forced to pull out injured and Roger Federer was stunned in the semi-finals by Goffin.

But Dimitrov said it was too soon to say a new era was coming to tennis.