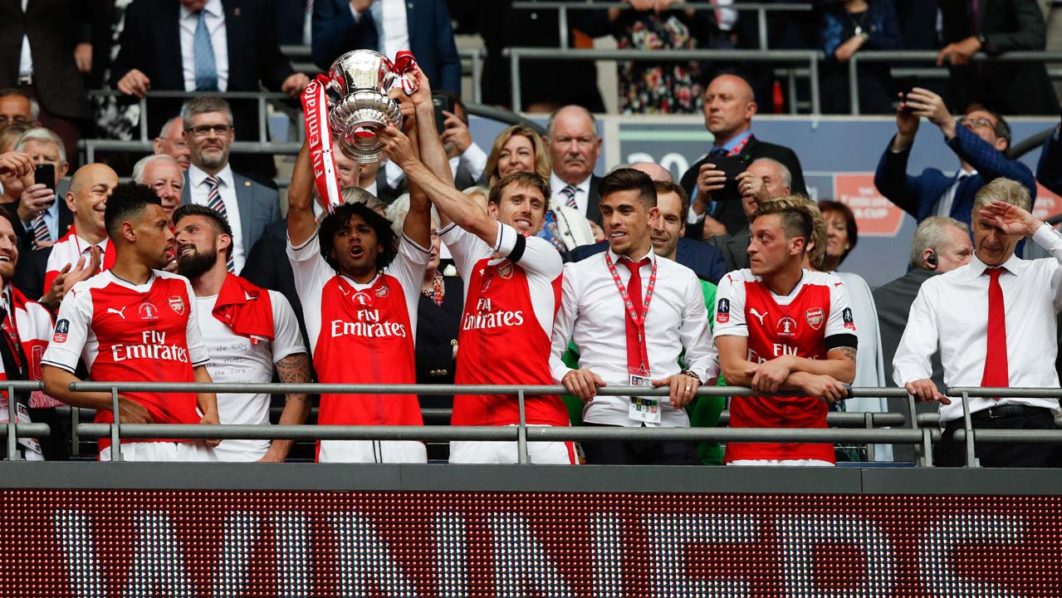 Arsenal won the FA Cup for a record 13th time in a thrilling final by beating 10-man Chelsea, who were denied a league and cup double.

The result means Arsene Wenger is the most successful manager in the competition’s history with 7 victories.

The Gunners had controversially taken the lead in the fifth minute through Alexis Sanchez, but the linesman had his flag up for Aaron Ramsey, who was stood in an offside position.

Victor Moses forced David Ospina into a fine save in the second period, before the Chelsea wing-back was given a second yellow card on 68 minutes for diving in the penalty area.

With 14 minutes remaining, the Blues got back into the game through Diego Costa, but Ramsey headed in the winner just two minutes later.