TVC NEWS Iraqi government forces killed the Islamic State commander of Mosul’s Old City on Tuesday as the battle for the militants’ last stronghold in Iraq focused on a bridge crossing the Tigris river.

As fighting intensified on Tuesday after the previous day’s heavy rains, civilians streamed out of western neighborhoods recaptured by the government, cold and hungry but relieved to be free of the militants’ grip.

IS snipers were slowing the advance of Interior Ministry Rapid Response units on the Iron Bridge linking western and eastern Mosul but the elite forces were still inching forward, officers said.

Government forces also pushed into areas of western Mosul, Islamic State’s last redoubt in the city that has been the de facto capital of their self-declared caliphate.

Federal police killed the military commander of the Old City, Abu Abdul Rahman al-Ansary, during operations to clear Bab al-Tob district, a federal police officer said. With many IS leaders having already retreated from Mosul, Ansary’s death comes as blow to the militants as they defend their shrinking area of control street-by-street and house-by-house.

Capturing the Iron Bridge would mean Iraqi forces hold three of the five bridges in Mosul that span the Tigris, all of which have been damaged by the militants and U.S.-led air strikes. The southernmost two have already been retaken.

“We are still moving toward the Iron Bridge. We are taking out snipers hiding in the surrounding building, we are still pushing for the Iron Bridge,” Brigadier General Mahdi Abbas Abdullah of the Rapid Response force told Reuters.

Near the Mosul Museum, Iraq forces used armored vehicles and tanks to attack snipers pinning down troops clearing areas around the bridge.

An air strike targeting one Islamic State position hit a building, engulfing nearby troops in smoke and dust. 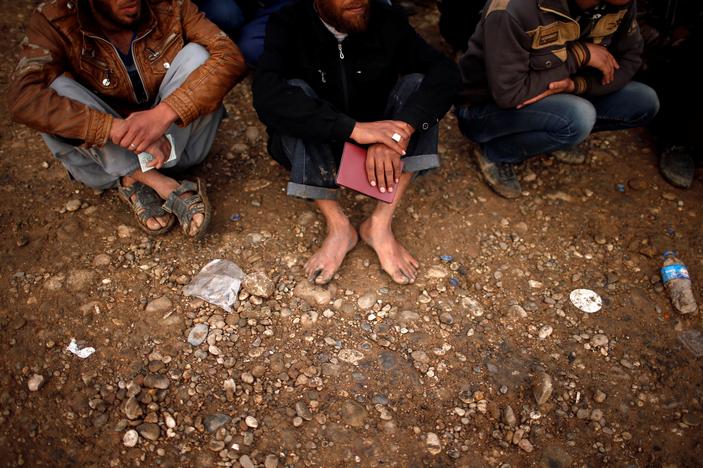 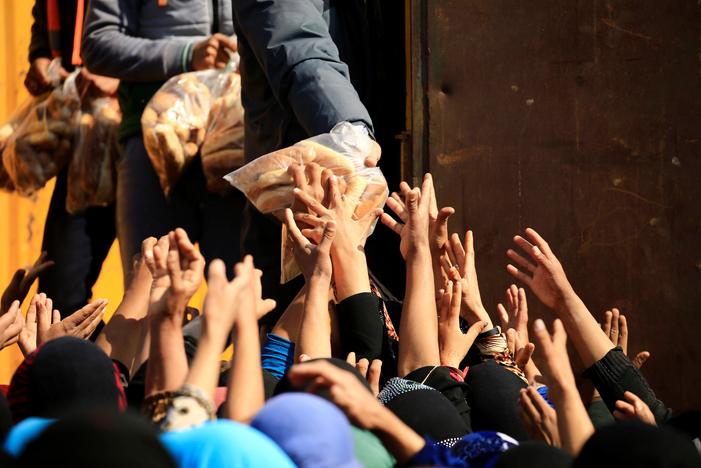 Since starting the offensive in October, Iraqi forces with U.S.-led coalition support have retaken eastern Mosul and about 30 percent of the west from the militants, who are outnumbered but fiercely defending their last stronghold in Iraq.

“It’s very key for our forces to secure the riverside and prevent Daesh militants from turning around our advancing forces,” a Rapid Response spokesman said in the morning, using an Arab acronym for Islamic State.

They expected to gain control of the Iron Bridge and the nearby area by the end of the day, he said.

“Seizing the bridge will help further tighten the noose around Daesh fighters entrenched inside the old city,” he said.

The boom of shelling and heavy machinegun fire could be heard from the center of Mosul and helicopter gunships strafed the ground from above on Tuesday morning.

Amid the combat, a steady stream of refugees trudged out of the western districts, carrying suitcases, bottles of water and other possessions. Some pushed children and sick elderly relatives in handcarts and wheelbarrows.

Soldiers packed them into trucks on the Mosul-Baghdad highway to be taken to processing areas. Most left in the dark early morning hours or after the army recaptured their neighborhoods. Food had been scarce, they said.

“We fled at 5 a.m. (0200 GMT) after the army had arrived. There has been a lot of shelling by Daesh,” said Hamid Hadi, a teacher. “Mostly we’ve been eating water mixed with tomatoes.”

Ashraf Ali, a nurse who escaped with his wife and two children, said mortar rounds were falling as they fled. They took advantage of the army retaking their district to get out.

“Daesh wanted us to move to their areas but we escaped when the army arrived,” he said.

As many as 600,000 civilians are caught with the militants inside Mosul, which Iraqi forces have effectively sealed off from the remaining territory that Islamic State controls in Iraq and Syria. The Iraqi forces include army, special forces, Kurdish peshmerga and Shi’ite militias.

More than 200,000 Mosul residents have been displaced since the start of the campaign in October. The Ministry of Immigration and Displacement said on Tuesday that in recent days, almost 13,000 displaced people from western Mosul had been received seeking assistance and temporary accommodation each day.

Losing Mosul would be a major strike against Islamic State. It is by far the largest city the militants have held since their leader Abu Bakr al-Baghdadi proclaimed himself leader of a caliphate spanning Iraq and Syria from a mosque in Mosul in the summer of 2014.