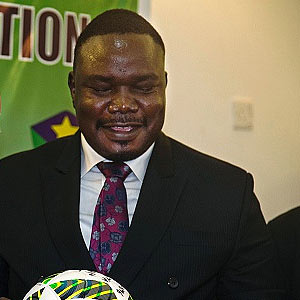 Former South Sudan FA President Chabur Goc has arrived in Ethiopia hoping to be cleared by ethics committee ahead of Fifa council elections on Thursday in Addis Ababa.

Last week CAF clarified in a letter that despite South Sudan FA revoking his candidacy they were time barred and he was still in the race.

Chabur Goc is optimistic Fifa ethics committee will clear him in time for the elections and denied withdrawing his candidacy.

Should Chabur be cleared, he will join the Fifa council directly with only two candidates- Almany Kabele and himself.