Tragedy struck at the National Assembly on Monday as a  senior staff of the Management, Mr. Mohammed Shuaibu, slumped and died in the premises. The cause of death remained unknown as of the time of filing this report.

Mohammed, who was the Clerk to the House of Representatives Committee on Agricultural Production Services, died after he complained of experiencing some discomfort. 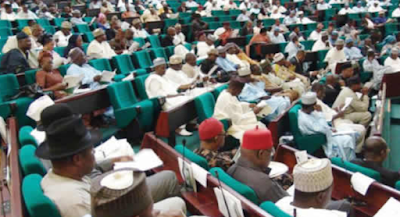 Findings indicated that the deceased drove himself to to work on Monday, ahead of a scheduled meeting of the committee. However, while he was in the office preparing for the meeting, he reportedly complained of the discomfort and slumped almost immediately.

He was promptly rushed to the National Assembly Clinic for medical attention, but doctors confirmed him dead on arrival at the clinic.

One source stated, “We are all in shock. He returned from Zaria (Kaduna State) yesterday (Sunday).