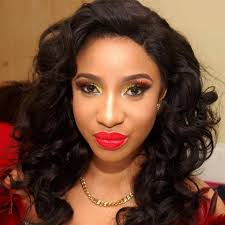 The social media war between Tonto Dikeh and her husband, Olakunle Churchill is far from over and they aren’t leaving their little son, King out of the whole mess.

A few days ago, Tonto revealed in a post that although she took her son with her when she left her husband, she happily gives the father all access to see him but that Churchill isn’t making any effort to see his son.

Turns out Churchill is waiting for ‘exclusive access’ (whatever that means) to see his son.