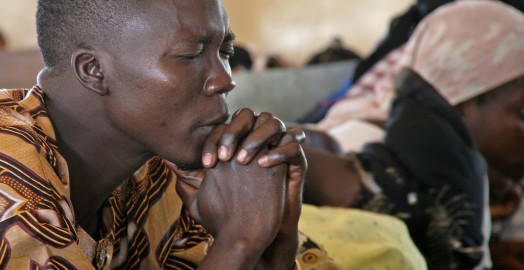 Christians in Jos the Plateau state capital on Sunday, heeded the call  by the Christian Association of Nigeria for January the 8th to be set aside to for prayers on account of the ongoing killings in the southern part of Kaduna state.
Many lives have been lost and properties destroyed in Southern Kaduna in recent times, due to attacks suspected herdsmen which had forced the state government to impose a 24 hour curfew in affected areas.

A moment of special prayers  was observed for the Southern  Kaduna people as well as for the families of those  killed by the attackers.