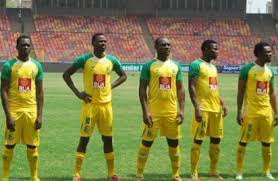 Four-time Nigerian champions, Kano Pillars have placed five of their players in the transfer window of the off-season in the NPFL.

According to spokesman of the club, Idris Malikawa, the players listed out of the Nigeria Professional Football League (NPFL) club failed to perform well while the others were released on “medical ground.”

The recommendation of the five players dropped by the club to the new manager, Kadiri Ikhana was at the instance of members of the backroom staff who worked with the previous head coach, Mohammed Baba Ganaru.