Antonio Conte hailed a newly-focused Diego Costa as “one of the best strikers in the world” after the Spaniard’s match-winning strike at Middlesbrough fired Chelsea to the top of the Premier League table.

Costa scored the only goal of the game at the Riverside, pouncing after a first-half corner rebounded inside the six-yard box, and now tops the Premier League goalscoring charts with 10 goals from 12 games. 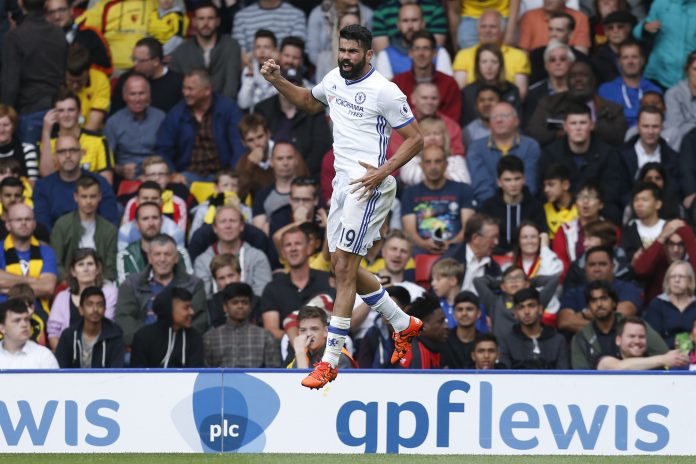 Perhaps just as significantly, he has not been booked since the middle of September, and whereas post-match discussions would once focus on a perceived lack of discipline and a penchant for arguing with officials, it is now Costa’s football that is doing the talking.

“Diego is always important, not only for today,” said Conte. “He is our point of reference in attacking. He is impressive in the way he is finding his goals, and it is important to continue this way because we need his goals.