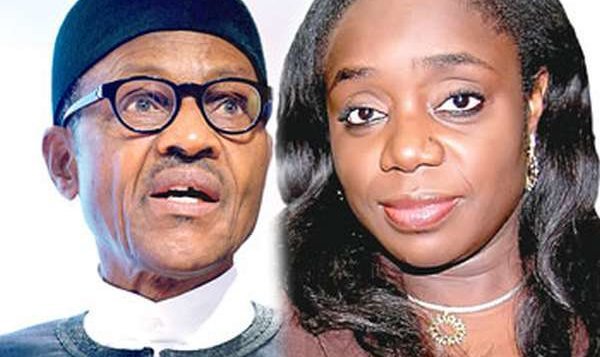 TVC N. Kemi Adeosun has accused the west of making difficult for President Buhari to achieve his desire in the power sector.

The minister of finance, Kemi Adeosun has accused the west of making it difficult for the President Muhammadu Buhari government to develop its power sector.

NAN reports that the minister made this accusation on Wednesday, October 4 in the US during a discussion on the importance of addressing infrastructure gaps in developing countries at the World Bank, International Monetary Fund general meetings.

Adeosun said Nigeria was trying to build a coal power plant to to boost electricity output but the western powers were against it.

The minister said the goal of the Buhari administration was to improve power as it will also propel economic development. She said: “We want to build a coal power plant because we are a country blessed with coal, yet we have power problem. So it doesn’t take a genius to work out that it will make sense to build a coal power plant. “However, we are being blocked from doing so, because it is not green. This is not fair because they have an entire western industrialisation that was built on coal-fired energy.

“This is the competitive advantage that was used to develop Europe, yet now that Nigeria wants to do it, they say it’s not green, so we cannot. “They suggest that we use solar and wind, which is the more expensive. So yes, Africa must invest in its infrastructure, but we must also make sure that the playing field is level.”

Adeosun noted that although Nigeria was borrowing, the strategy was to find the cheapest donor as the cost of servicing loans was high even though Nigeria’s debt to GDP was low. “Right now, we are being very conservative about our debt and we are trying to get the cheapest money possible from multilateral agencies.

“We are working very hard to make sure that we get multilateral funds first before we go to the euro bond market, which is a little bit more expensive.” The minister said Nigeria’s goal was to get public private investments.

Butchers and cultists clash in Lagos