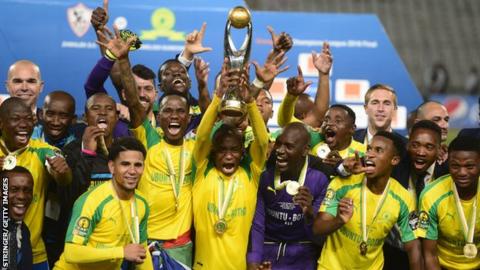 Mamelodi Sundowns won a fairy-tale first CAF Champions League title on Sunday despite a 1-0 second-leg loss to Zamalek of Egypt in Alexandria.

A Stanley Ohawuchi goal on 64 minutes was not enough for the home team as they trailed by three goals from the first leg in Pretoria last weekend and lost 3-1 on aggregate.

It was a remarkable triumph because the South Africans were eliminated in the final qualifying round in April only to be reinstated when their Democratic Republic of Congo opponents were disqualified.

Success for Sundowns made them $1.5 million richer and secured a place at the Fifa Club World Cup in Japan during December.