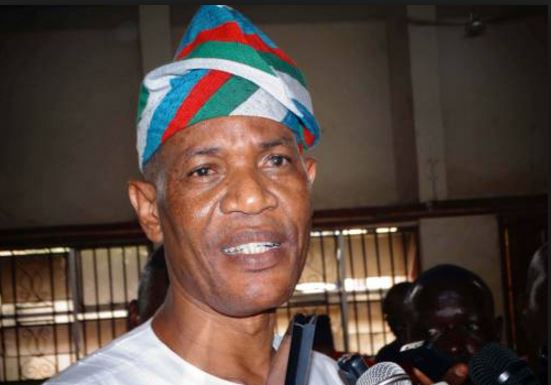 The governorship Candidate of the Alliance for Democracy in the November the 26th Governorship election in Ondo state, Olusola Oke has flagged off his campaign at Bolorunduro in Ondo East Local Government area of the state, with an assurance to reposition the state if elected.

TVC News Correspondent, Ayodeji Moradeyo reports that it was a well attended rally by members and supporters of the Alliance for Democracy (AD) in Ondo East local government area of Ondo state.

Supporters of the party thronged the venue as early as possible to give maximum support to the party’s standard bearer, Olusola Oke.

Moving from one community to another, Oke promised to tackle decay of infrastructural facilities in the state.

The AD candidate lamented the poor state of roads in the state and pledged to give priority to agriculture, as an alternative to oil.

Speaking at Épé, one of the communities in Ondo East local government, Oke implored the people to shun moneybag politicians who are only out to amass wealth in government.

Some leaders of the party also stressed the need for people to vote for AD in the coming election.

After the flag off of his campaign for the November 26 governorship election, Oke and his team will be moving across the state to canvass for votes.

Fuel Imports to reduce by 60% – Kachikwu