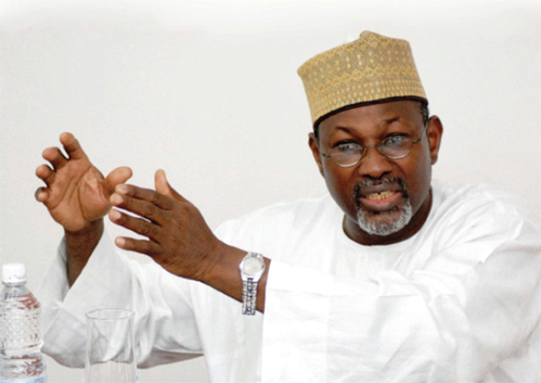 A former Chairman of the Independent National Electoral Commission, Prof. Attahiru Jega, has identified ‘reckless mindset of politicians’ as the biggest challenge confronting the electoral body \

Through this mindset, Jega said Nigerian politicians had turned the nation’s electoral arena into a bloody battlefield characterised by political thuggery, snatching of ballot boxes and assassinations while creating fear in the minds of voters.

Jega, who presided over INEC during the 2015 general election, said the situation was so bad that it took INEC a lot of effort to allay the fear of voters and revive their interest in the process before they could come out to vote in 2015.

The ex-INEC helmsman declared that all attempts by the country to reform the electoral process would be a waste of effort except politicians changed their reckless mindset.

Jega spoke in Lagos on Saturday at the 50th birthday ceremony of the National Legal Adviser of the All Progressives Congress, Dr. Muiz Banire (SAN).

Budget Padding fallout: Jibrin's effort is not in vain - Nweze