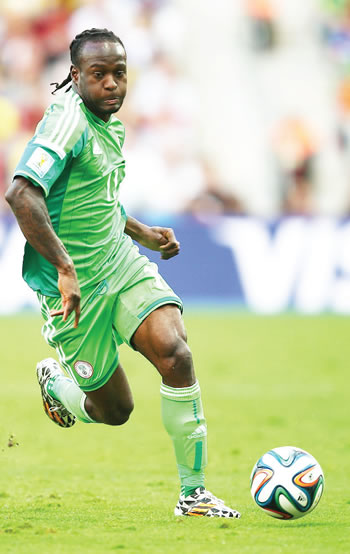 into a wing- back at the London side.

Nigeria winger Moses, who spent the last three seasons on loan at Liverpool, Stoke City and West Ham since his £9m move from Wigan in 2012, has   established himself as a regular at Chelsea, with his attacking and defending movements in Conte’s 3-4-3 formation helping the Blues to wins against Hull City, Leicester City and Manchester United.

Former  Nigeria  coach Chukwu, who has  expressed his excitement at Moses’ rising stock in the Premier League, says he will support any decision aimed at ensuring  that the player replicates  his form for  Chelsea  back at the  Super Eagles.