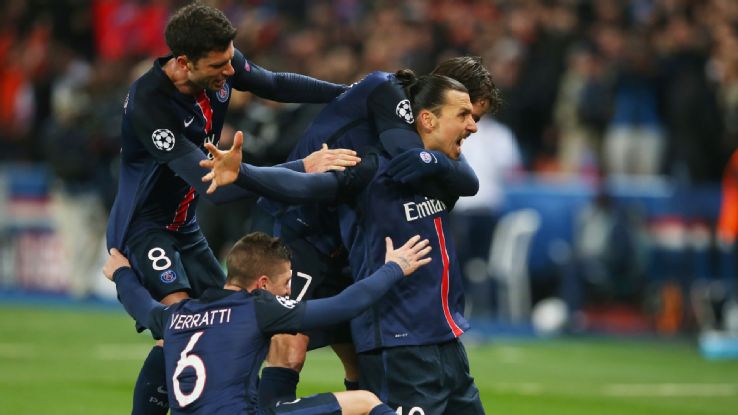 It was a dream come true for the League One side, PSG, as they beat Chelsea 2-1 in Wednesday night’s second leg round-of-16 tie of the UEFA Champions League (UCL).

Subsequently, both sides held their grounds to defend their goals which lasted till the end of the first half.

It seemed the morale of the French side increased in the second half as Zlatan Ibrahimovic set PSG on the lead with an assist from Angel Di Maria in the 67th minute.

PSG have led Chelsea out of the champions league and have also progressed to the quarter finals after thrashing Chelsea 2-1 both at the Parc des Princes stadium and Stamford Bridge consecutively.