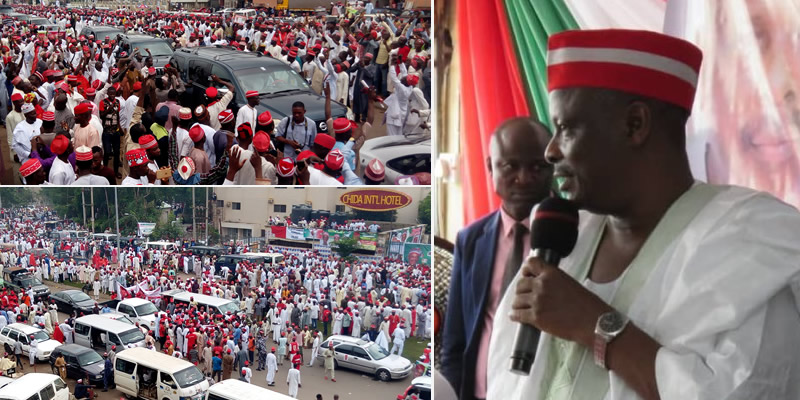 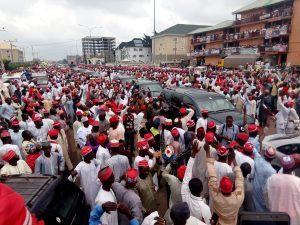 Kwankwaso announced his intention to run for the highest office in the land under the PDP in front of Chida hotel Abuja, while addressing a crowd of supporters despite a change of venue.

Kwankwaso changed the venue for his formal presidential declaration, after he was allegedly denied the use of the Eagle Square.

No fewer than ten thousand members of the Peoples Democratic Party PDP and supporters of the Kwankwasiyya Movement in Kano State, Northwest Nigeria have defected to the All Progressives Congress APC.

The decampees converged on Sani Abacha Indoor Stadium to express their dissatisfaction with their former party, the PDP and Kwankwasiyya Movement by putting flames to their red caps.

According to them, leaving for the APC would further strengthen President Muhammadu Buhari’s bid to run for second term.

Officials of the APC as well as some Government Functionaries in Kano State who spoke at the event said the defectors would add to the huge number of supporters of the party in the state.