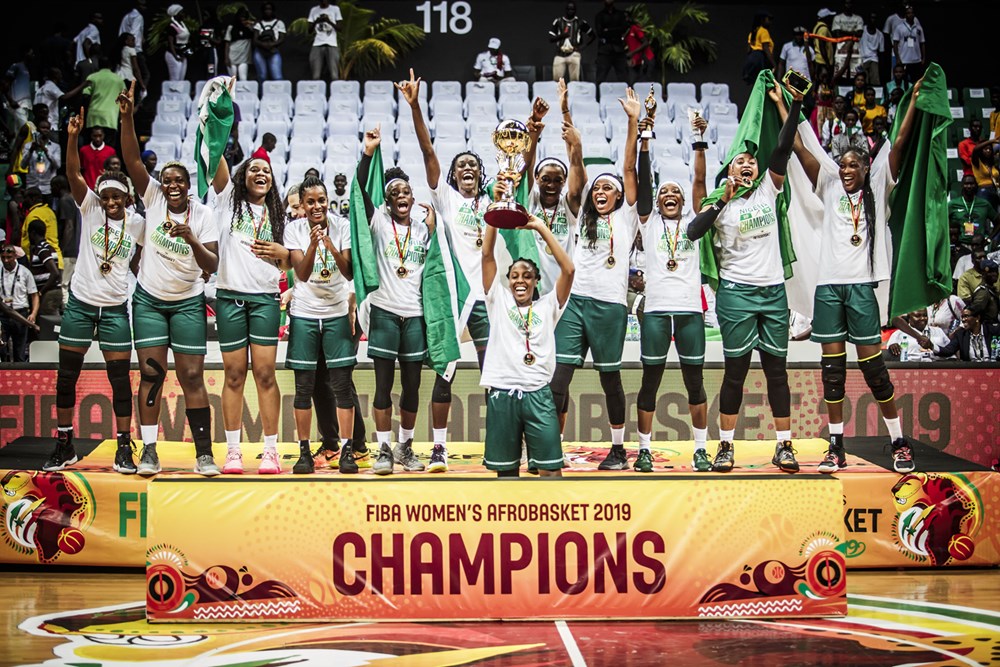 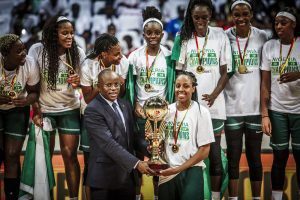 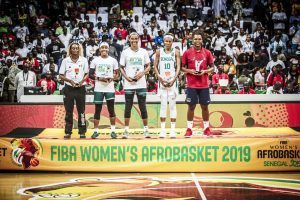 D’tigress have successfully defended their title at the 2019 Fiba Afrobasket tournament with a 60 to 55 victory against Senegal.

Nigeria dominated the game winning the first quarter 14 to 10 , the team maintained the Four points lead in the second quarter winning 18 to 14 , the third quarter ended 16 to 13 also in favour of D’tigress but the Host rallied back to win the fourth quarter 18 to 12 but that was not enough to win the title .