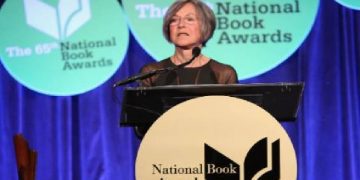 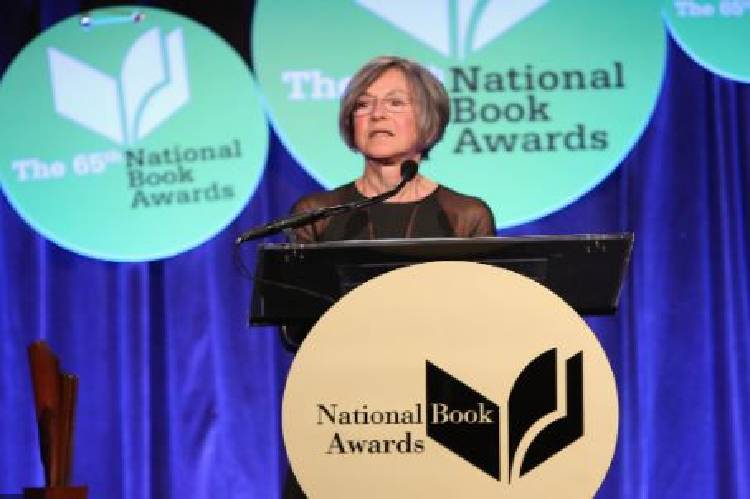 One of America’s most celebrated poets, Louise Glück, has been awarded the 2020 Nobel Prize in Literature.

The committee announced its decision Thursday morning, saying that the autobiographical poet was being recognized “for her unmistakable poetic voice that with austere beauty makes individual existence universal.”

Louise Glück is the first American to win te prize since Toni Morrison in 1993, and the first poet to be recognized since 2011. 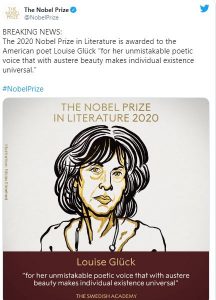 The prize was introduced in Stockholm by Mats Malm, the everlasting secretary of the Swedish Academy.

Aside from her writing, Louise Glück works as a professor of English at Yale University.

Gluck’s readership grew in the 1980s and 1990s with collections such as The Triumph of Achilles and Ararat. 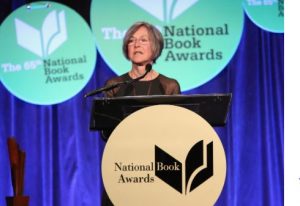 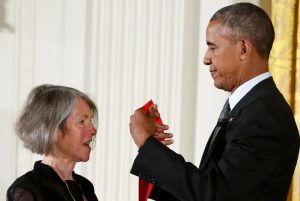 Gluck has since published 12 collections of poetry and several books of essays on poetry, winning the Pulitzer Prize in 1993 and the National Book Award in 2014.

The Nobel Prize in Literature comes with a cash award of $1.12 million.