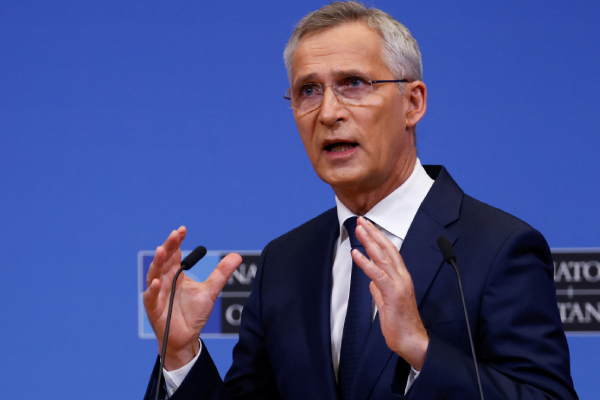 The ongoing war in Ukraine, according to NATO Secretary-General Jens Stoltenberg, could last for years, and the supply of cutting-edge weaponry must continue if the Ukrainian military is to retake the contested areas of the Donbas region.

Stoltenberg added that “If Putin learns the lesson from this war that he can just carry on as he did after the Georgia war in 2008 and the occupation of Crimea in 2014, then we will pay a much higher price.”

Ukraine’s Defense Minister, Oleksiy Resnikov, met with representatives from around 50 countries in Brussels on Wednesday to request additional arms and ammunition.

While several Western countries, including the US and the UK, have offered upgraded weapons, only a small percentage have been delivered. The Pentagon, on the other hand, is delaying the delivery of an upgraded drone package from the US.

The US intends to sell Ukraine four MQ-1C Gray Eagle drones capable of carrying Hellfire missiles, but there are security concerns if the radar and surveillance equipment falls into Russian hands.

UK Prime Minister Boris Johnson stated in a British newspaper that the West must continue to support Ukraine because he believes Russian President Vladimir Putin will not stop at the Donbas or even Ukraine, but will attempt to move against other countries if allowed to continue.

Johnson reiterated his support for arming Ukraine to counter Russian aggression, adding that he plans to work with Kyiv to train up to 10,000 Ukrainian soldiers every 120 days.

US to receive 750,000 cans of baby formula from Ireland