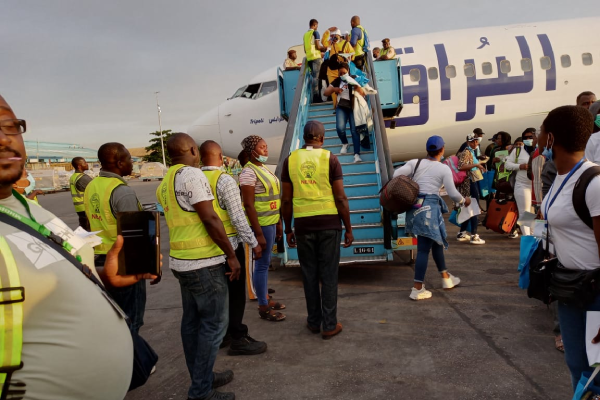 Another batch of stranded Nigerians have arrived the country from Libya through the Cargo Wing of the Murtala Muhammad International Airport, Ikeja Lagos.

The Director General of National Emergency Management Agency, Mustapha Habib Ahmed received the Returnees on behalf of the Federal Government.

The NEMA Director General appealed to the Returnees to avoid vices that they must have been exposed to from the country of departure and be good ambassadors in their homeland. 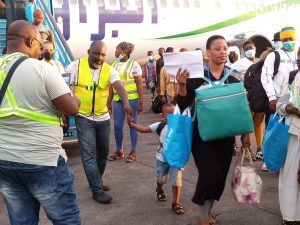 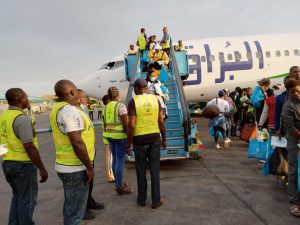 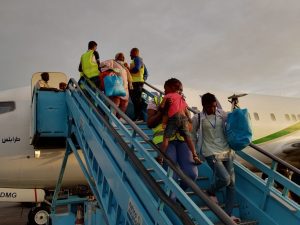 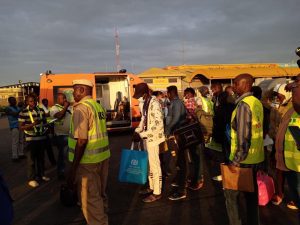 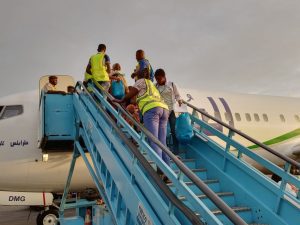 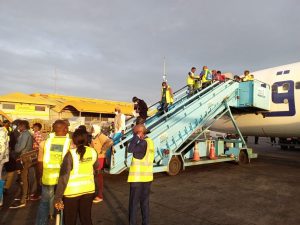 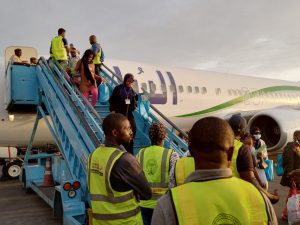 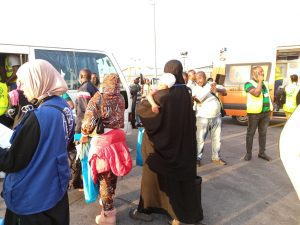 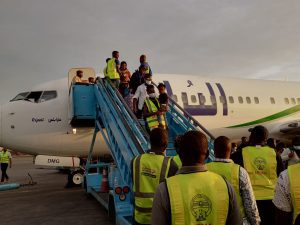 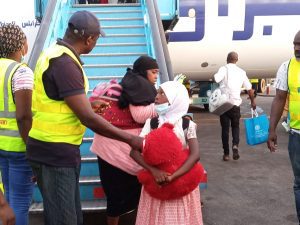 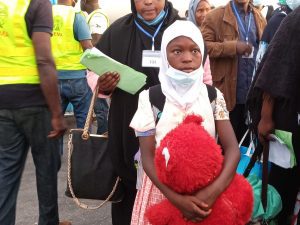 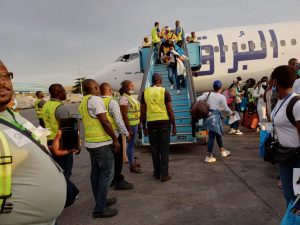 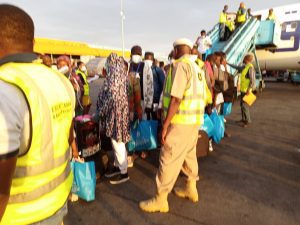 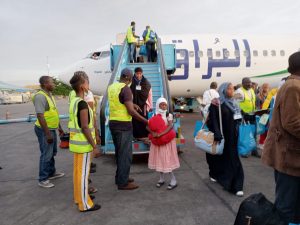 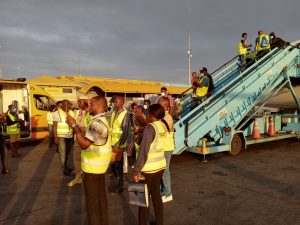 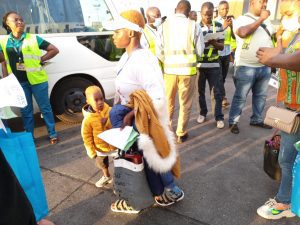 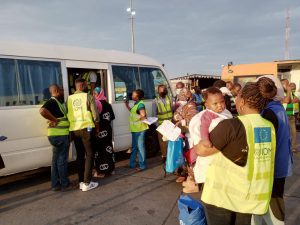 The Coordinator, Lagos Territorial Office, Ibrahim Farinloye also enjoined the Returnees to turn a new leaf as they settle to seek for another opportunity in the country.

The Returnees were assisted back to the country through the Voluntary Assistance by the International Organisation for Immigration sponsored by the European Union.

The total number of males is 86, which includes 63 adult males, 15 male children, and 14 male infants.

Other Agencies along with NEMA, are NCFRM, NAPTIP, NSCDC, FAAN, Police and Nigeria’ Port Health.