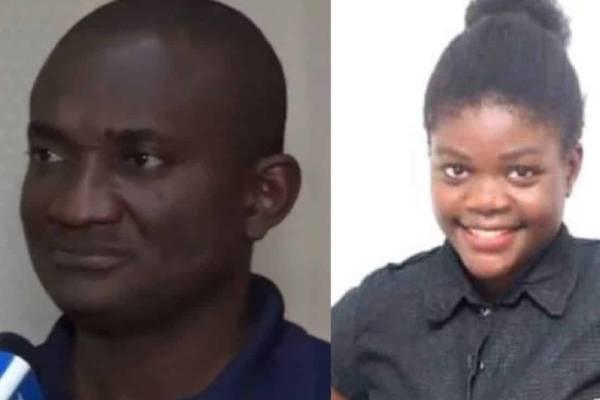 The trial of a Bus Rapid Transport (BRT) driver, Andrew Nice Ominikoron, who allegedly raped and murdered 22-year-old fashion designer, Oluwabamise Ayanwola, was stalled on Thursday, for the third time.

At the resumed hearing of the case before Justice Sherifat Sonaike of the Lagos High Court, sitting at Tafawa Balewa Square, the Director of Public Prosecutions, Dr Babajide Martins, announced his appearance for the state and informed the court of the absence of the lead defence counsel, Abayomi Omotubora.

Dr Martins informed the court that this was the second time in a row that Mr Omotubora will be absent.
“He hasn’t deemed it fit to communicate with the court or send a Junior counsel to explain to the court

“Such attitude is a sign of disrespect to the court.

“On the last adjourned date, the counsel said he was sick when he was called. This morning, we received a call from one Mr  Isaac Ezekwem, saying the learned counsel will not be able to come to court.”

“Even that was not good enough, because there’s no medical certificate to show the nature of the illness that is preventing him from coming to court.”

“My Lord, this morning, the state is ready to take three witnesses – Two bankers and a police officer who recovered the body of the deceased.”

Justice Sonaike also noted her displeasure with the development. The court added that it had to adjourn the hearing of other cases slated for the day other cases so as to have a longer time to attend to the high-profile trial.

“Two sittings in a role, defense counsel is absent and didn’t call. If last time was impromptu, I want to believe that today is premeditated and an act of disrespect and also delaying of trial.”

“I find it unbecoming as the defense counsel is absent without sending mails or a letter.”

“Counsel must ensure that he’s in court and the defendant must inform his lawyer to be in court.”

By next sitting, if defense counsel is not available, the office of the Public defender will be notified.”

The Judge also directed that hearing notice be served on the Defense counsel and adjourned to June 30th and July 7, 2022, for the continuation of the trial.

Fashion deisgner Oluwabamishe Ayanwola was found dead on the Eko Bridge a few days after boarding a BRT Bus in Lekki in Lagos.

Driver of the BRT Bus, Andrew Nice Ominikoron, was arrested after initially fleeing follwoing the discovery of her dead body and being linked with him.

He was arrested in Sagamu, Ogun State.