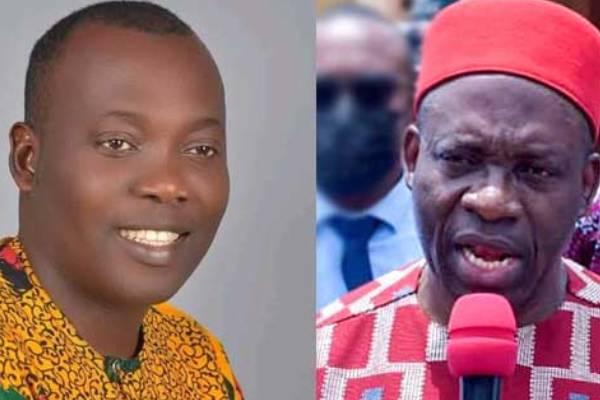 A Coalition of SouthEast Youth Leaders has declared that it will no longer tolerate the incessant attacks on people, killings and destruction of property by any group of people.

The Coalition said henceforth, any attack by gunmen will be met with a commensurate counter-attack.

They also called on Governor Charles Soludo to immediately form security guards in all the communities.

The coalition led by its President-General Goodluck Ibem, in a statement condemned the gruesome murder of a lawmaker, Okechukwu Okoye.

The killing of the lawmaker on Saturday, the massacre of others on Sunday, and burning of security vehicles and a police station, had heightened tension in the state.

The group said it would no longer fold its arms in the face of gun attacks.https://www.tvcnews.tv/purplegold/post-new.php#

“The umbrella body of all the youth groups in the Southeast geopolitical zone condemns in strongest terms the gruesome murder of Hon. Okechukwu Okoye, member representing Aguata 2 state constituency in Anambra State House of Assembly which is Governor Charles Soludo’s constituency.

“It is very unfortunate that some criminals and hoodlums want to turn Anambra State and Igboland into a killing field, but their plot will be dead on arrival.

“The murder of the lawmaker and seven others is a direct message to the Governor and also a message by these criminals that they don’t want him to work for the release of Nnamdi Kanu from DSS custody because his release will spoil their illicit business.

“We will no longer fold our arms and complain about the insecurity that has been brought to our doorsteps.

“Now is the time for all stakeholders, businessmen and women, youths, traditional rulers, and all those who have the interest of their home at heart to rise up and defend their homes and communities.

“We call on Governor Charles Soludo to immediately form “Anambra Youth Security Guard (AYSG)” and ensure that the security outfit is fully funded to secure and protect their communities.

“We want Governor Soludo to know that a war has been declared on him and his people and he has to remove his suit and tie to fight to defeat these hoodlums who have vowed to make his state ungovernable,” the group said.

The state police Command said its personnel have identified criminals’ hideouts in the State, dismissing the notion that perpetrators of heinous crimes are faceless.

“We will not spare any of them. Forget the narrative they push that they live in the forest; they create that impression, and then return to the communities where they live,” Police Commissioner Echeng Echeng told reporters yesterday at Awka.

Activities of the arsonists went bezzare in recent weeks with the killings of a serving state lawmaker in Anambra, Okechukwu Okoye, member representing Aguata 2 state constituency in Anambra State House of Assembly
and the kidnap of Governor Soludo campaign director, Cyril Chiegboka in Aguata

Anambra State police commissioner, CP Echeng Echeng at a press conference, in Awka, reinforced the state command support for Governor Soludo to nip the arsonists activities in the bud in Anambra state.

CP Echeng solicited he cooperation of the public to provide relevant information that will assist the security operatives to arrest the hoodlums.