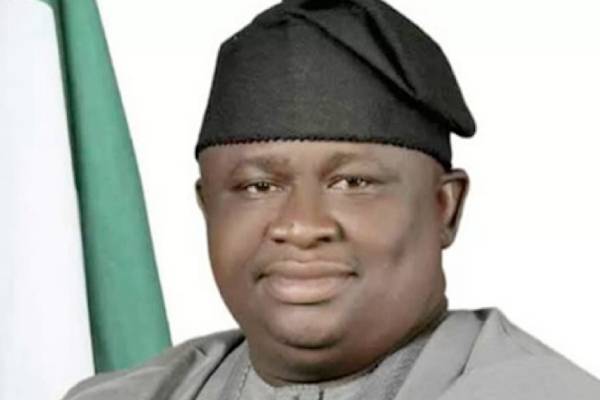 A total of 294 delegates cutting across the five local government areas of the district were accredited for voting in the primary and all of them voted for Adeola popularly called Yayi.

Prior to the commencement of the Primary, Senator Odebiyi arrived the venue of the primary around 12:48pm with some of his supporters, claiming that he was the only person in the race for the APC Senate ticket in Ogun West.

Senator Odebiyi spoke with reporters shortly after he arrived the venue.

He said each of the two other contestants – Hon. Abiodun Isiaq Akinlade and Gboyega Nasiru Isiaka (GNI)-had stepped down earlier to take up House of Representatives tickets.

But the political climate changed around 1:28pm when Odebiyi’s main challenger, Senator Olamilekan Solomon Adeola, arrived amid rousing welcome by a crowd of supporters some minutes later.

The Delegates later voted to elect Olamilekan Adeola as the APC Flagbearer for Ogun West Senatorial district to defeat Tolu Odebiyi a former Secretary to the Ogun State Government under the administration of Senator Ibikunle Amosun.

Tolu Odebiyi’s father had also represented the districk in the 70’s under the Unity Party of Nigeria.

It is a sort of homecoming for Solomon Olamilekan Adeola a long term legislator starting from the Lagos State House of Assembly in 1999 to the House of Representatives and later the Senate from 2015.

He has represented Alimosho which is the largest Local Government area in Nigeria and also Lagos West Senatorial district which is also the Largest Senatorial District by population in Nigeria.