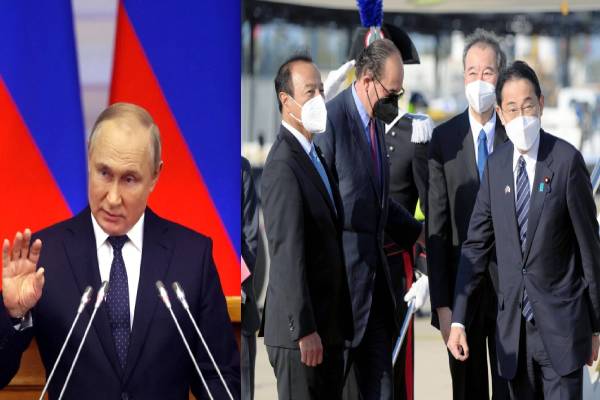 Russia announced on Wednesday that Japanese Prime Minister Fumio Kishida and many of his Cabinet officials will be barred from entering the country as part of Moscow’s retaliation for Tokyo’s stance to the Ukraine conflict.

The Japanese government is accused of undertaking a “unprecedented anti-Russian campaign using irresponsible rhetoric” against Moscow, according to the ministry.

Japan, along with the United States and European countries, has imposed a variety of penalties against Russia in response to its invasion of Ukraine, including the freezing of Russian President Vladimir Putin’s and his subordinates’ assets.

Japan has taken a tougher stance on a territorial dispute over four islands off the coast of Hokkaido as a result of Russia’s invasion of Ukraine, labelling the islands “illegally occupied” in a foreign policy report.

The dispute over the islands, referred to as the Northern Territories in Japan and the Southern Kurils in Russia, has prevented the two countries from signing a postwar peace treaty.