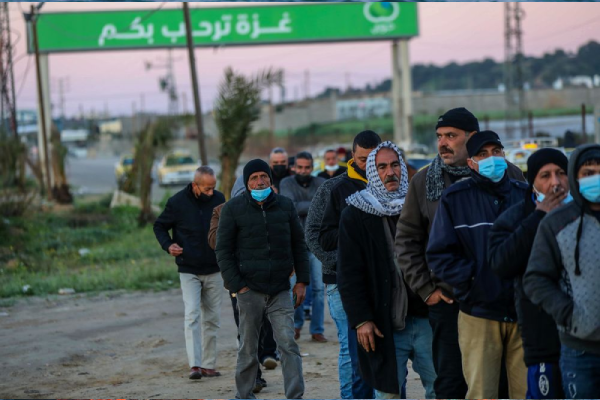 Israel has reopened the only crossing from the Gaza Strip for Palestinian workers, nearly two weeks after it was closed due to unrest, according to the Defense Ministry.

The Erez crossing, which was used by 12,000 Palestinians with work permits to enter Israel, reopened on Sunday.

“Following an assessment of the security situation, it has been decided… to open Erez crossing for passage of workers and permit holders from the Gaza Strip into Israel, beginning Sunday,” Cogat, an Israeli Defense Ministry unit responsible for Palestinian civil affairs, said,

Jobs in Israel provide a vital source of income for Gaza residents, whose economy has stalled due to an Israeli blockade imposed after the Islamist Palestinian movement Hamas took control of the territory in 2007.

According to a recent World Bank report, the unemployment rate in Gaza, a Palestinian territory of about 2.3 million people, is nearly 48%.

Israel had closed the crossing on May 3, in preparation for Israel’s national memorial and independence days.

The closure was imposed following Israeli military raids in the occupied West Bank and clashes between Israeli police and Palestinians at the Al Aqsa Mosque compound in East Jerusalem, which injured hundreds of worshippers,

Although none of the militant groups in Gaza claimed responsibility for the rocket launches, Israel blames Hamas for all attacks from the territory.

Over the last 15 years, Hamas has fought numerous conflicts with Israel, the most recent being an 11-day war in May of last year. Israeli authorities feared that the tension and violence in and around Jerusalem in April, during Ramadan, would lead to another full-fledged conflict with Gaza, but this did not occur.

Finland to apply for Nato membership