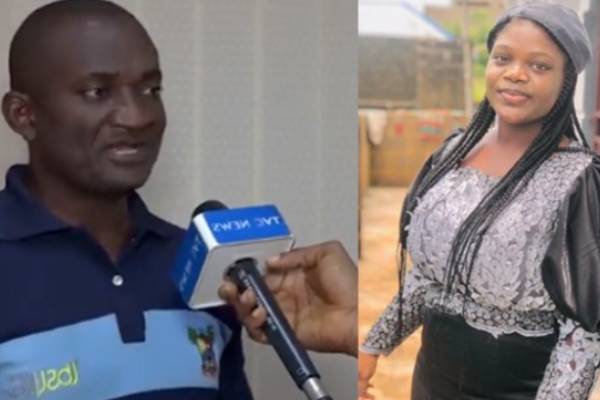 A witness, Maryjane Ozezulu who testified before the Court on Monday that BRT driver Andrew Nice Ominikoron raped her last November, has denied claims that the act was consensual.

The Lagos State Government was represented by the Director of Public Prosecutions, Dr Jide Martins.

Andrew Nice is being prosecuted before Justice Sherifat Sonaike of the Lagos State High Court sitting at the TBS annex, on a five-count charge bordering on rape and murder of a 22-year old fashion designer, Bamise Ayanwola.

During the cross examination on Tuesday , the lawyer said,
“I put it to you that on that day, you and the driver went around doing merriment, eating Nkwobi, pepper soup and later went to a hotel?”

But the witness maintained that she didn’t know the driver prior to that day and denied the claims.

She also denied that the reason she came to testify against Andrew Nice was because he didn’t pay her the agreed 5,000 naira fee for the “show” between them.

A mild drama ensued when the defence lawyer applied orally to the court for the witness to wear the dress she wore that night when the defendant allegedly raped her. The item is now an exhibit in the case.

The manner of her dressing also became a focus during the session, with the lawyer arguing that what she wore was a blouse and not a gown as claimed.

Question: Pls, tell the court how you were dressed?

Ans: I dressed normal. I wore that gown with my tummy belt.

(He brought out the gown) This is just a blouse. Where is the (jean) trouser you wore with it?

Ans: thank God my madam has camera in her office, I didn’t wear trousers that day.

Question: See the dress you wore, this is just a blouse, it’s so short. how can you wear this without a jean, in accordance with our culture?

Answer: It almost touched my knee and I’ve never wore trouser with it.

The defence counsel then asked the judge to order that the witness wears the dress in open court, which was immediately refused. But, Mr Omotubora insisted that he would make a formal application on the issue.

The witness was similarly queried on why the bus driver stopped to pick her up at that particular bus stop.

Question: Are you saying that the Lagos that you have been in since 2014, you have never seen BRT buses’ loading point?

Ans: The only place that I normally see BRT is at Ajah.

Question: In that Ajah, I put it to you that there is a designated point?

Question: Do you know that Alesh hotel bus stop is not a designated bus stop.

Yes, but they normally pick passengers there.

Question: You also know that as of November 2021, you need a BRT card to pay?

Answer: I don’t know that.

Question: You also know that if you pay cash now, a receipt will be issued to you?

The witness was then asked why she didn’t raise an alarm when she alighted at Jakande Estate bus stop, or make a complaint against the defendant immediately after the incident.

She told the court that she couldn’t raise any alarm while she was being raped because he held on to her neck and raised a knife.

Question: Before he had you, you had already given him your acct no?

No, I gave it to him because he didn’t want to open the door for me.

And the driver made payment to you immediately at that point? Yes.

And you received the money with tanks and gratitude. Yes or no?

I said thanks to him because I wanted him to free me.

When he dropped you, how many people were at the bus stop at that time?

If you know the bus-stop, you will know that nobody will be there at that time.

From the Jakande bus stop, did you meet people on the way? Yes.

You did not raise any alarm even when he was asking you to your acct? No.

You got home and you took everything in good faith? I discussed it with my male friend.

What did you do with the money the driver gave to you? I withdrew it with a POS who deducted 100 naira and I gave the rest to those beggars at Ajah.

And thereafter, you saw the driver along that route? Yes.

And you did not raise any alarm? If I did, would you believe me?

Did you at that time go to the BRT park to lay a complaint? No, I don’t know any BRT offices.

I know you are enlightened and exposed, you browse. Did you at any time make a comment about this incident online? No.

Did you go to the BRT bus stop in Ajah to report the incident? No.

The defendant is also accused of sexually assaulting a 29 year old woman, Victoria Anieke, on December 29, 2021, between Ikorodu and Mile 12 area of Lagos State.

Further hearing is fixed for June 1.

Haaland to join Man City from Borussia Dortmund for #60 Million