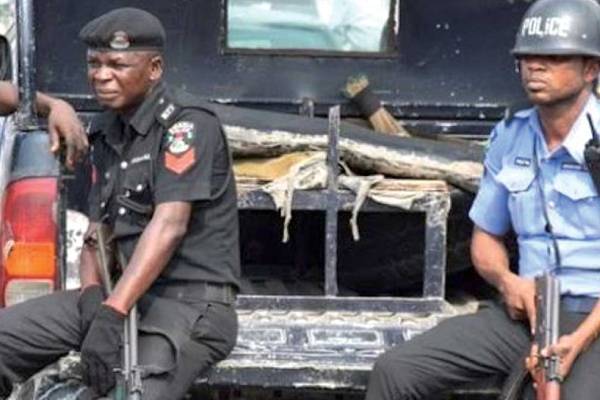 The Command also said it rescued their victim and seized their operational vehicle in Ogbunka, Orumba South Local Government Area of the state.https://www.tvcnews.tv/purplegold/post-new.php#

In a statement on Wednesday, the state Police Public Relations Officer, DSP Ikenga Tochukwu, said that the suspects were arrested after their victim who managed to escape made a distress call.

“Mr Attama was abducted on 14/5/2022 at about 10pm along Nnewi road in his Rava 4 jeep, by a gang of five armed men operating with a Toyota Sienna vehicle, with Registration number KGE 117 PZ Imo State, ash colour and whisked away to an unknown destination.

“The kidnap gang were in fact already asking for N10m ransom from the victim’s family but fortunately, the victim escaped from where he was kept and alerted the security guards in the area. The police operatives where also contacted and they immediately came to his rescue.

“In another development on 16/5/2022, at about 4:30pm, the Command, while responding to a distress call on the attack on the vigilante office, engaged some hoodlums in a gun duel along Ifite road, Awka and in a bid to flee from the Police operatives, the gunmen abandoned three of their vehicles one brown Lexus Jeep, black Toyota Corolla, without registration number and a brown Mercedes Benz with registration number AA 274 EYF.

“Meanwhile, the Commissioner of Police, CP Echeng Echeng, has restated the Command’s unwavering commitment in the fight against crime and criminality in Anambra and calls for continuous support, especially through timeous information to the Police and other law enforcement agencies.”

America to impose Visa restrictions on promoters of violence in Nigeria