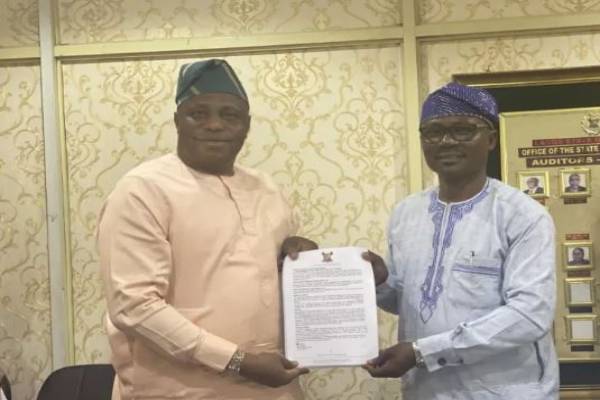 The Lagos State Auditor-General, Mr. Sikiru Adeniji Salami, and the Accountant-General, Dr. Muritala Sefiu Abiodun, have signed the Lagos State Government audited financial statement for the year 2021, as required by the Federal Republic of Nigeria.

Salami expressed delight at the timely submission of the financial statement during his remarks at the signing ceremony, stressing that the State Government, through the State Treasury Office, is at the forefront of change.

He said: “In the past two years, there has been a tremendous improvement in the quality of financial statements. The Accountant-General has made the work easy by ensuring the timely submission of the management account before the stipulated deadline, thereby affirming the position of Lagos as the State of Excellence”.

The Auditor-General noted that the management letter, which covers findings and recommendations for improving internal control, acknowledged progress, noting that lapses have decreased but that some issues still require attention.

In response, the Accountant-General said that some areas that require closer attention are already being reviewed to ensure accuracy in understanding the financial position of the State.

“There are control lapses identified by the Auditor-General, we acknowledge these observations and would reduce them to the barest minimum”, Dr. Abiodun asserted.