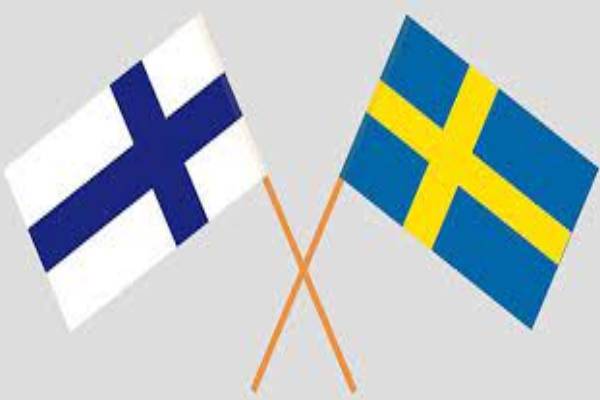 Finland and Sweden are considering to join Nato as a direct result of Russia’s invasion of Ukraine, which Vladimir Putin has described as a “major strategic disaster.”

According to US officials the two countries could join the 30-member alliance as early as this summer, with their potential membership “a topic of conversation and multiple sessions” during talks between the alliance’s foreign ministers last week.

Sweden and Finland are contemplating the possibility because they believe Moscow’s threat has grown since it invaded Ukraine by land, air, and sea on February 24.

Mr Putin had attempted to justify the invasion by claiming that Ukraine needed to be “demilitarized” and “de-Nazified,” and that Kyiv’s bid to join Nato should be thwarted. Russia has also demanded that NATO withdraw its troops from the east.

Finland is likely to submit its Nato membership application in June. Sanna Marin, the country’s prime minister, stated over the weekend that Russia “is not the neighbor we thought it was” and that a decision on Nato would be made “over the spring.”

Sweden would subsequently, it is assumed, follow Finland in applying for Nato membership.

Following last week’s meetings, a US State Department official commented on the possibility of the two Nordic countries joining Nato, saying: “The alliance’s open door remains open, and that possible candidacy was discussed.”

Since the invasion began on February 24, opinion polls commissioned by Finnish media outlets have revealed a dramatic shift, with the majority of Finns now favoring Nato membership.

Dmitry Peskov, a Kremlin spokesman, has stated that if Finland and Sweden join Nato, Russia will be forced to “rebalance the situation” with its own measures.

While Ukraine is not a member of Nato, it is a key ally of the alliance. Nato condemned Russia’s full-scale invasion of Ukraine “in the harshest possible terms.”

Allies are assisting Ukraine with humanitarian and non-lethal aid, while individual members have provided weapons, ammunition, medical supplies, and other critical military equipment.

Nato Secretary-General Jens Stoltenberg said over the weekend that the alliance was considering a permanent military presence on its border to combat any future Russian aggression.

Group Says Osinbajo Presidency is a Win-Win For APC