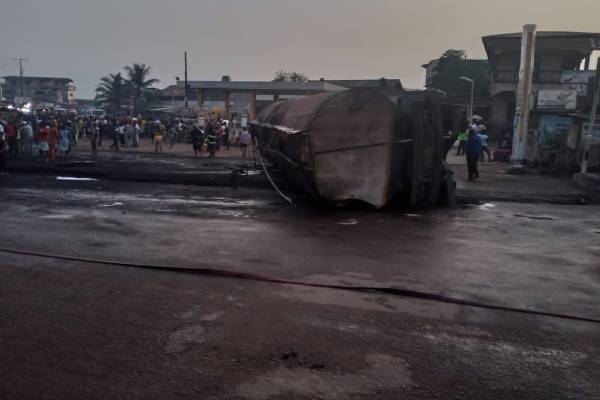 The Lagos State Fire and Rescue Service has disclosed that one person was recovered dead from the fire outbreak on the Abeokuta Expressway, Lagos.

Director of the Service, Mrs Margaret Adeseye made this known while giving an update on the early Morning Fire.

She stated that three vehicles and some shops were also burnt following the inferno that resulted from the spillage of Premium Motor Spirit (PMS).

The deceased has also been identified as a 15 year old named Oluwatobi Lawal.

Symphatisers have since visited his home to console with his mother who was wailing uncontrollably when the news got to her.

Emir of Ilorin urges Umrah Pilgrims to pray for Nigeria

Buhari receives Dangote Group’s Board of Directors at State House