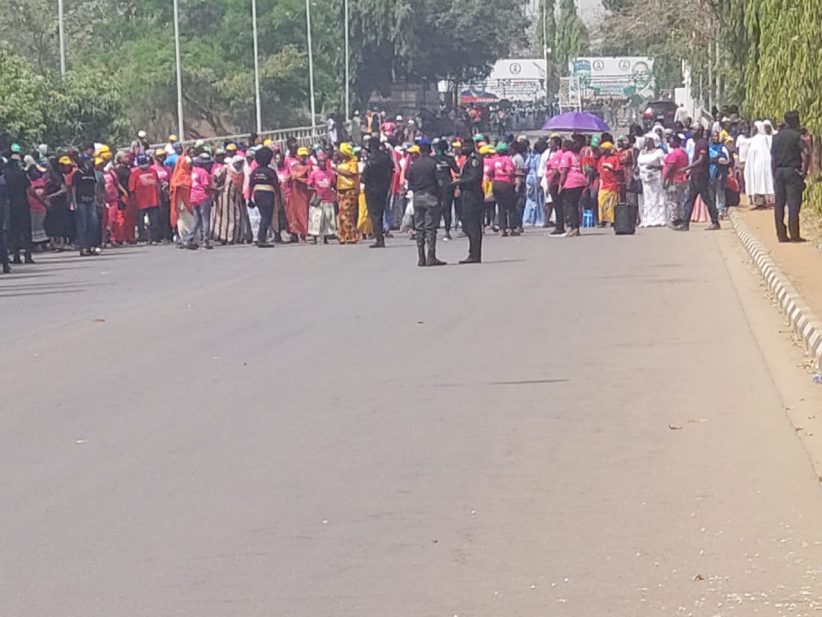 Women groups protesting the rejection of gender bills by the two chambers of the National Assembly on Tuesday gained access into the first gate.

Security operatives are preventing them from moving further.

The women insisted  on being addressed by the leadership of the parliament over their demands, a revisit of the five gender bills, instead of three.

The women said they are determined not to settle for less. 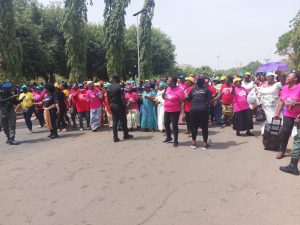 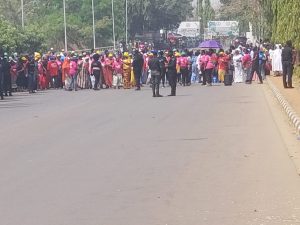 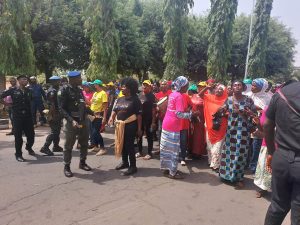 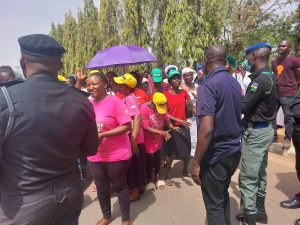