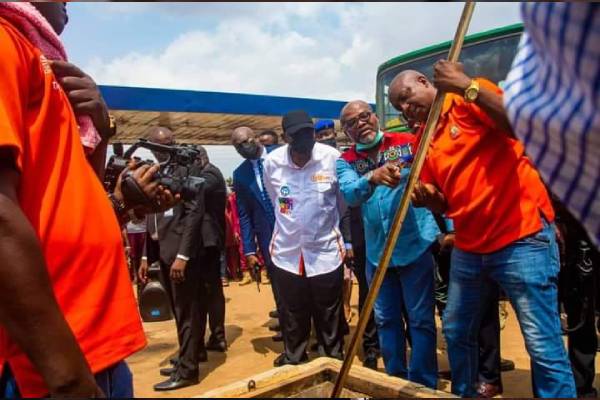 Ondo State Governor, Oluwarotimi Akeredolu has directed that no petrol station is permitted to sell premium motor spirit above the hours of 7 o’clock in the evening.

While addressing journalists in Akure, the Senior Special Assistant to Governor Akeredolu on Special Duties and Strategy, Dr. Doyin Odebowale said the step was taken to curb the act of criminality and car burgling due to incessant queues at various filling stations in the state.

He said it’s also part of measures to put en end to the lingering fuel scarcity and long queues at various filling stations in the state.

Mr. Odebowale emphasized that any petrol station found selling petrol from 7pm would henceforth face the full wrath of the law.

He noted that any petrol station who has fuel must sell saying the state government has the prerogative on when and how it is sold.

IGP Orders removal of Accidented vehicles, Others from Police Stations