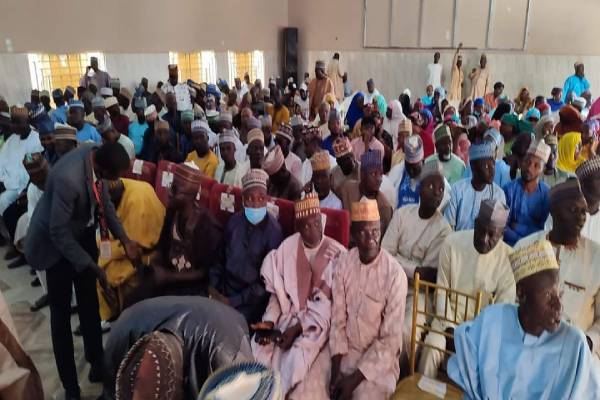 Sanusi Rikiji was Speaker of the state House of Assembly for two terms between 2011 and 2019 and was appointed the chief of staff to the Speaker of the House of Representatives Femi Gbajabiamila in 2019, a position he held until he declared his intention to move to the red Chamber 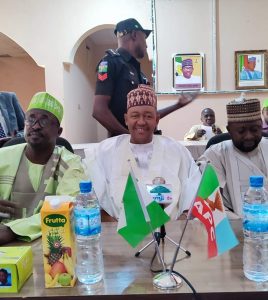 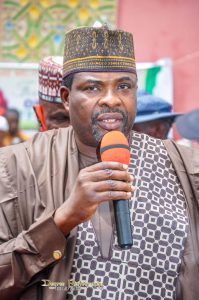 He made his intention known when he visited the Zamfara state APC Headquarters along Sokoto By-Pass Road, Gusau

The visit to the party secretariate according to Rikiji is a mark of respect to the party and the leadership adding that he wants to occupy the seat at the res Chamber in order to further contribute his quota to the political and socio-economic growth of the state.

He told the state APC executives under the Chairmanship of Hon. Tukur Umar Danfulani that he wants to occupy the senate seat in order to further contribute his quota to the political and socio-economic growth of the state.

While commending the leadership of the party,he pledges his continued support and loyalty to the party and its leadership for the growth and development of the state

Responding, the Chairman, Zamfara State Tukur Umar Danfulani express happiness in the way the aspirant followed due process in declaring his intention

Danfulani assures him that as leaders of the party, they will be fair and just to all members and the party will leave its doors wide open for all interested and qualified members to contest for the position.

He noted that Zamfara Central Senatorial Zone deserves the best representation and the party will align with the people in ensuring that the best person is supported to ensure his Victory at the polls.

FG Lays down the law to pipeline Vandals, Crude Oil Thieves, Others