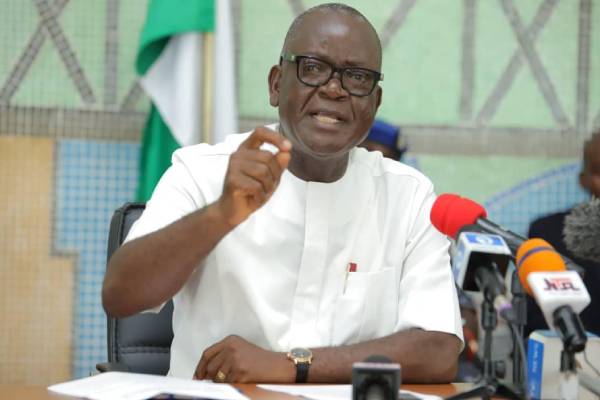 Benue State Governor, Samuel Ortom has hinted that his administration will establish Family Courts to facilitate speedy trials of cases relating to human trafficking, gender based violence and other related matters.

Governor Ortom gave this hint while interacting with journalists in Abuja.

He said the state Ministry of Justice was already working out the legal details to lay the framework for its take off.

The Governor decried the rising cases of trafficking young girls to other parts of the country for prostitution and blamed the situation on the high number of IDPs which has been caused by sustained attacks by Fulani herdsmen.

He said his administration is also worried how family members would pounce on the wife of a deceased husband and disposses her of all properties immediately the man dies.

Governor Ortom said “this will not be allowed to continue,” stressing that “the establishment of the family court will curtail these excesses.”

He stated that his administration has passed and domesticated several other laws to deal with several other critical issues, pointing out that “cases of child trafficking will not be taken lightly and anyone who is found to have engaged in it would be prosecuted according to the law.”

We will implement Court Ruling on Electoral Act – AGF