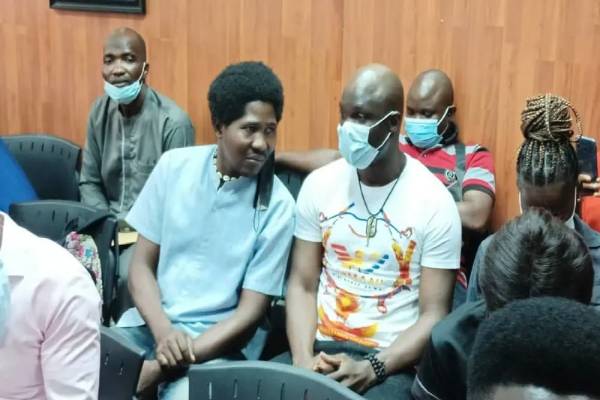 Alleged defilement: Minor told me she was an adult - Baba Ijesha

Actor, Olanrewaju James has given his account of the sexual assault allegations slammed on him by the Lagos state government. Baba ijesha denied defiling a 14-year old girl seven years ago and says the alleged act of sexually molesting her in April 2021 was a scene for a skit.

Baba ijesha is the second witness to testify in his defence since the state government closed its case in January. Led by his counsel, Dada Awosika, a senior advocate of Nigeria, he told Justice Oluwatoyin Taiwo of the Roseline Omotoso Sexual Offences Court in Ikeja that he came to know the nominal complainant in the case, Damilola Adekoya aka Princess in 2014 when she requested for his professional assistance which he says he rendered.

He adds that his relationship with Princess grew to being sexual between 2014-2015 and that she even introduced him to her mother as her husband.

At the time he says he was facing marital troubles with his wife.

“We were very close. Anytime we are on location, she comes to my room. One day, She met me arguing with my wife on phone and asked me to give her her number so she could intervene. After the shoot that day, I expected her to give me a feedback but she didn’t. As at October 2014, we were dating, I promised not to hurt her, I can’t hurt a woman. I helped her career.”

He Presented a phone and printout of a WhatsApp chat between he and princess in April 2021, which the court admitted as more exhibits on the case.

According to him, he went to her residence on April 19 after she invited him to come and play the role of a “loverboy” in an anti child molestation campaign for the Lagos state government.

He says Princess instructed him and the minor, Her foster daughter To act out a love scene which they did and that it was during that moment that Princess and about eight men burst in and started attacking him for molesting the child before handing him over to the police .

During cross examination, the director of public prosecution Babajide martins asked him whether items used during a movie location were present that day. The defendant said they were.

“You will find cast and crew, as well as any kind of camera on a location. They were all present that day. When I was being attacked by those men, I thought they were amateur actors who didn’t know they were supposed to mimic violence in a movie shoot.”

During his evidence on Friday, the actor and movie director burst in tears and fits of anger, maintaining his innocence.