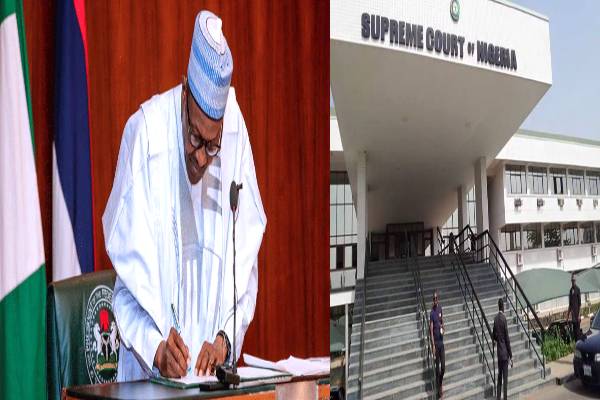 The Supreme Court has declared as unlawful and unconstitutional the Executive Order 10 issued by President Muhammadu Buhari on the funding of State Judiciary and Legislature.

The majority decision also held that it was not the responsibility of the Federal Government to fund the capital and recurrent expenditures of the superior courts created for States under Section 6 of the Constitution.

All 7 members agreed that the States were not entitled to be refunded all they have spent before now to maintain those courts.

Non-removal of fuel subsidy is only political, there is no logic – Olusegun Elemo