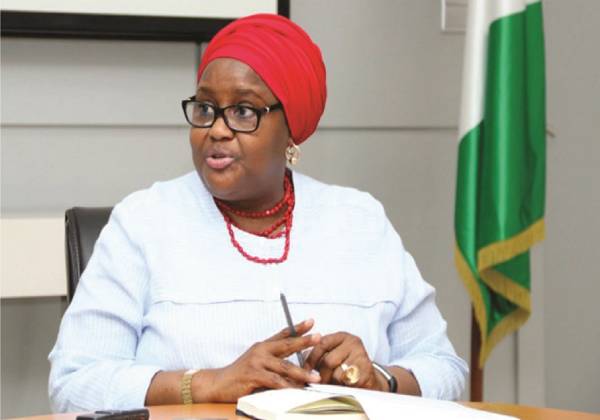 According to the National Pension Commission (PenCom), the Contributory Pension Scheme (CPS) contains measures that can alleviate the issues that members of the Nigeria Police and other Federal Government Agencies face in administering their retirement benefits.

There are currently 304,963 Police employees as of September 2021, based on IPPIS according to PenCom and an actuarial estimate found that the retirement benefits (pension and gratuity) liability of these people under the defunct Defined Benefits Scheme will be almost N1.84 trillion.

This was revealed by the DG of Commission, Aisha Dahir-Umar on Tuesday in Abuja during a public hearing on two pension-related bills by the House Committee on Pension.

She claimed that the lack of other social security benefits in Nigeria is largely to blame for pensioners’ desire for exemption or access to large sums as lump sums from their RSA balance.

According to a statement released by the Director-General, exempting the NPF from the CPS would result in the disintegration of the institutions, procedures, and processes put in place by the government in recent years to accomplish the pension reform program.

The CPS debt for the same NPF staff, according to the PenCom DG, is N213.4 billion in accrued pension rights and N2.2 billion in monthly employer pension contributions.

To address the worries of police officers about their pensions, Dahir-Umar suggested that the employer increase its present contribution rate of 10 percent.

“Accordingly, the federal government may wish to provide additional benefits in the form of gratuity to personnel of the NPF upon their retirement,” she said.

Meanwhile, she stated that if the amendment is accepted, it will be in violation of Section 173 of the 1999 Constitution of the Federal Republic of Nigeria (as amended).

The clause gives all public servants the right to a pension in the form of a lump-sum payment of “at least 75% of the balance of the RSA” at retirement.

She added that this will significantly deplete the pension savings such that the contributions will not be sufficient to provide meaningful pensions during retirement.

The Chief Executive Officer of the Pension Fund Operators Association of Nigeria (PENOP), Oguche Agudah, said the exemption of the Nigeria Police Force from the CPS would take Nigeria back to the dark ages before the pension reforms.

“This was a time when retirees had to depend on a defined benefit system; where the federal government paid monthly pensions to retirees directly from its coffers,” he said.

Agudah said at the time of the reform, it was estimated that the federal government had a pension liability of over N2trn.

“Past experiences have proven that this system put lot of burden on the federal government, making it unsustainable.

“The sustainability of moving the police back to the pay–as–you–go defined benefit scheme under their proposal is near impossible, given the federal government’s struggling finances at the moment,” he said.

He suggested that, because their appointments are political in nature, those with the rank of Assistant Inspector General of Police (AIG) and higher should have their pensions recognized as political appointees who retire with full benefits as specified in the PRA 2014.

Police Arrest Pastor in Ogun for Rape during deliverances session