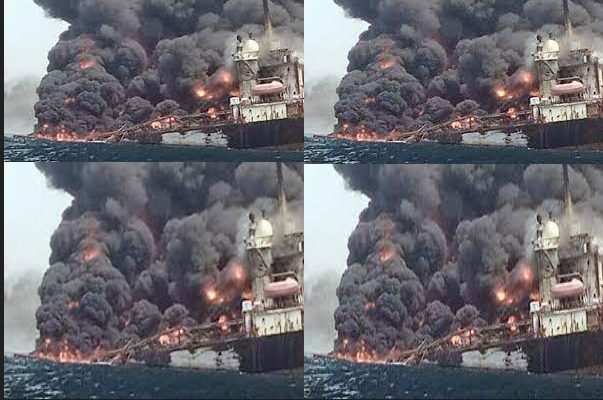 The Management of Shebah Exploration & Production Company Ltd (SEPCOL) has announced further developments on the ongoing investigations into the unfortunate explosion and fire that engulfed the FPSO (Floating Production Storage and Offloading) Trinity Spirit at the Ukpokiti Terminal in the early hours of Wednesday, 2nd of February 2022.

Earlier in a statement, the organisation said the fire burnt out completely as of Thursday afternoon, 3rd of February 2022, thus enabling closer inspection of the vessel. Working with the relevant authorities, stakeholders, and expert organisations, a Joint Investigation Visit (JIV) took place on Saturday, 5 th February 2022.

Also, it was reported that on Sunday morning, 6th February 2022, Nigerian Maritime Administration & Safety Agency, (NIMASA) notified us of a dead body found floating in the vicinity of the FPSO. We can confirm today that two further dead bodies were discovered on the deck of the vessel in the afternoon of the same Sunday.

The organisation added that it has made incident reports to the police and relevant authorities to assist the ongoing investigation, and due process to establish the identities of the dead bodies is under way.

While commiserating with the families of all the victims of the unfortunate incident, SEPCOL expressed readiness to provide support to them as required.

It further revealed that the potential total number of the crew members accounted for is six, including the three persons who were found alive last week.