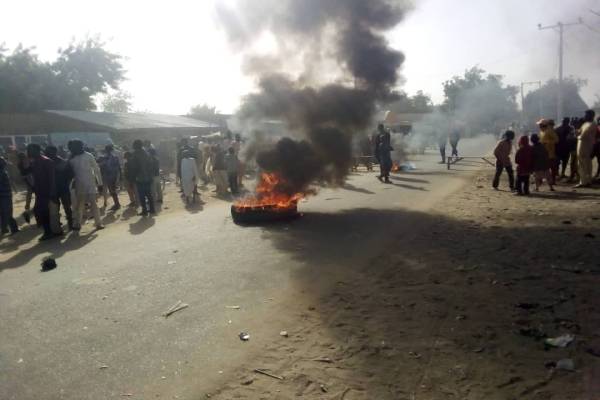 Burning of Bonfire by Residents of Gashua in Yobe State

Gashua town, the headquarters of Bade Local Government Area of Yobe State today woke up with a tension of protest by some aggrieved youths over alleged shooting of a driver at a filling station yesterday evening.

The mob currently blocked Filin Tanda street and set tires ablaze while chanting some slogans seeking investigation into the matter. 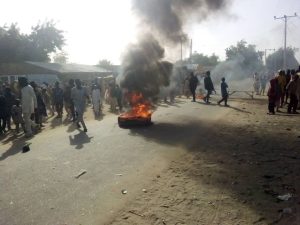 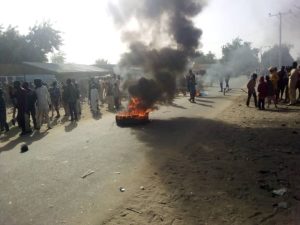 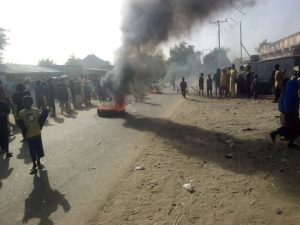 A resident of the a resident who spoke with Tvc News on the condition of anonymity says yesterday evening some men seen on military uniform came to a filling station on motorcycles with their heads covered and asked everyone to be calm, a scared driver attempted to escape and was shot dead, this triggered the protest”.

The police authority and Government is yet to comment on the unfortunate incident.

US Suspends flights from China after Beijing’s moves over COVID