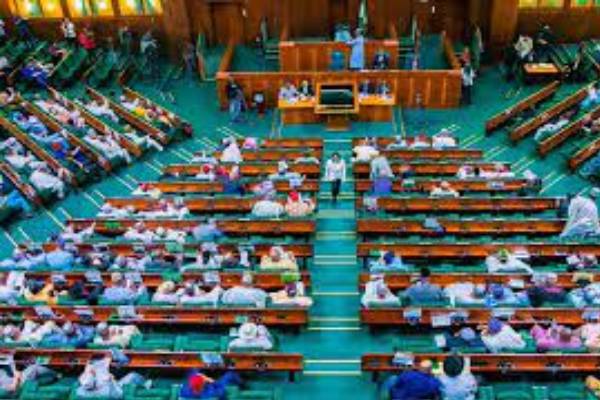 House of Reps Plenary
The House of Representatives is to investigate and ascertain the quantity of petrol consumed daily in Nigeria.
It is also to verify the state of the nation’s refineries.
Speaker Femi Gbajabiamila announced this at Wednesday plenary.
He says it is good that the parliament intervenes in the current debate surrounding fuel subsidy removal from informed point of view, hence the need for two separate probes.
He subsequently announced 14-man Committee each for the two tasks.
While Ganiyu Johnson from Lagos state chairs the ad hoc Committee to investigate state of refineries, his counterpart from Bauchi , Abdullahi Ningi , sits on the second ad hoc panel.

We have not zoned any office for National Convention – Governor Buni

Appointment of Judges in Nigeria is the least rigorous-Osinbajo