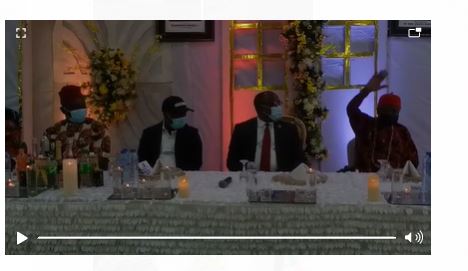 A delegation of Haiti citizens have arrived Enugu state, South Eastern Nigeria, on a mission to trace their ancestral origin to Igbo land.

The Delegation was received by Governor Ifeanyi Ugwuanyi, who is represented by the Secretary to the state government, Simon Ortuanya.

Haiti is the first Independent Black republic in the world that defeated King Napoleon and the Fresh colonists in 1803 and became a sovereign nation in 1804.