The Kebbi Area Command of the Nigeria Customs Service has urged well-intentioned Nigerians to continue collaborating with the Service by providing relevant information that will help Customs secure the country’s land borders. 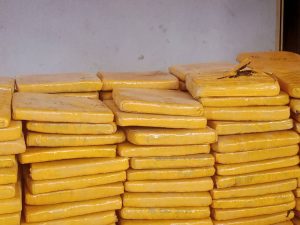 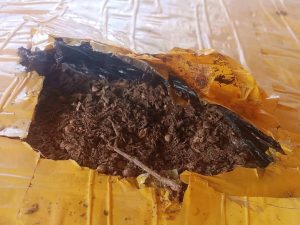 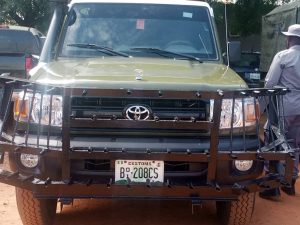 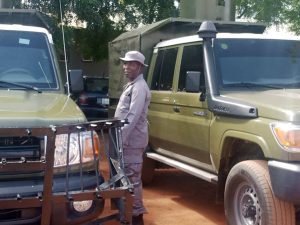 The call was made during a press conference at the command’s headquarters in Birnin Kebbi, where Comptroller Hafiz Kalla, the command’s Area Controller, briefed the press on the command’s accomplishments.

According to the Area Controller, the command has seized 389KG of cannabis along Kamba road and was able to scuttle the activities of PMS smugglers on the nation’s waterways in Yauri, resulting in the evacuation of 150 drums of the product, equivalent to 30,000 litres.

He said the two seizures are worth over twenty one million one hundred and eighty thousand naira.

In the last twelve months, officers and men of the command have successfully seized over 154 smuggled items worth over 118 million naira, according to the Area Controller.

Mr. Kalla said his men also intercepted a tanker loaded with 50,000 litres of PMS five units of vehicles, 111 pieces of used tyres, which was valued at a sum of thirteen million, one hundred and eighty one thousand and five hundred naira.

He said the command equally generated revenue from the auction sales of one hundred and twenty eight thousand, seven hundred and fifty litres of PMS/AGO and other perishable items seized by the Command in accordance with extant laws guiding their operations and remitted the amount into the federal government coffers.

Comptroller Kalla attributed the successes of the Command to the support from the management of the Nigeria Customs Service under the leadership of Customs, Hameed Ali who have supported the activities of the command through the provisions of necessary logistics.

He said the management of the service has recently reinforced the command with seven new operational vehicles, which has contributed to the successes recorded by the command.

He saluted the courage of the his officers and men who have been battling with economic saboteurs and smugglers of hard drugs and weapon responsible for the heightened security situation in the country.

He said the nation’s border must first be secured if the fight against the devastating security challenges in the country will be successful.

He therefore, called on Nigerians to support the Customs in this direction.